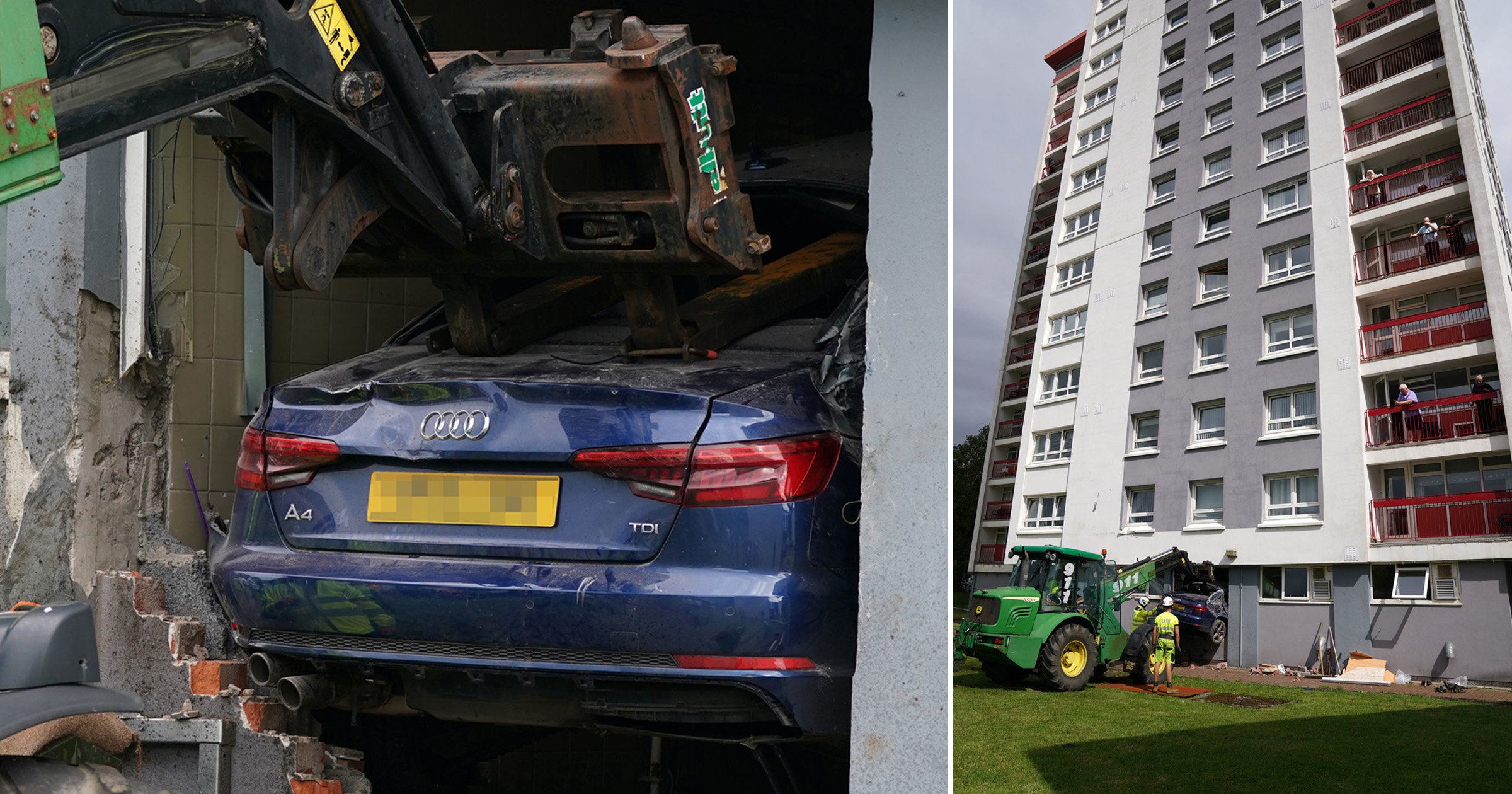 A 26-year-old man has been charged after a car crashed through the walls of a block of flats.

People who live in the Hamilton Court tower block, in Paisley, Renfrewshire, said the building ‘shook’ after Thursday night’s collision.

A large hole was left in the wall and the car stopped right by the building’s launderette.

Police Scotland said two occupants of the vehicle left the scene after the crash, at around 10.45pm.

But they were found nearby and were taken to the town’s Royal Alexandra Hospital for treatment.

No one else was injured in the crash. A Police Scotland spokeswoman said: ‘A 26-year-old man, the driver, was later arrested and charged in connection with road traffic offences and is due to appear in court at a later date.’