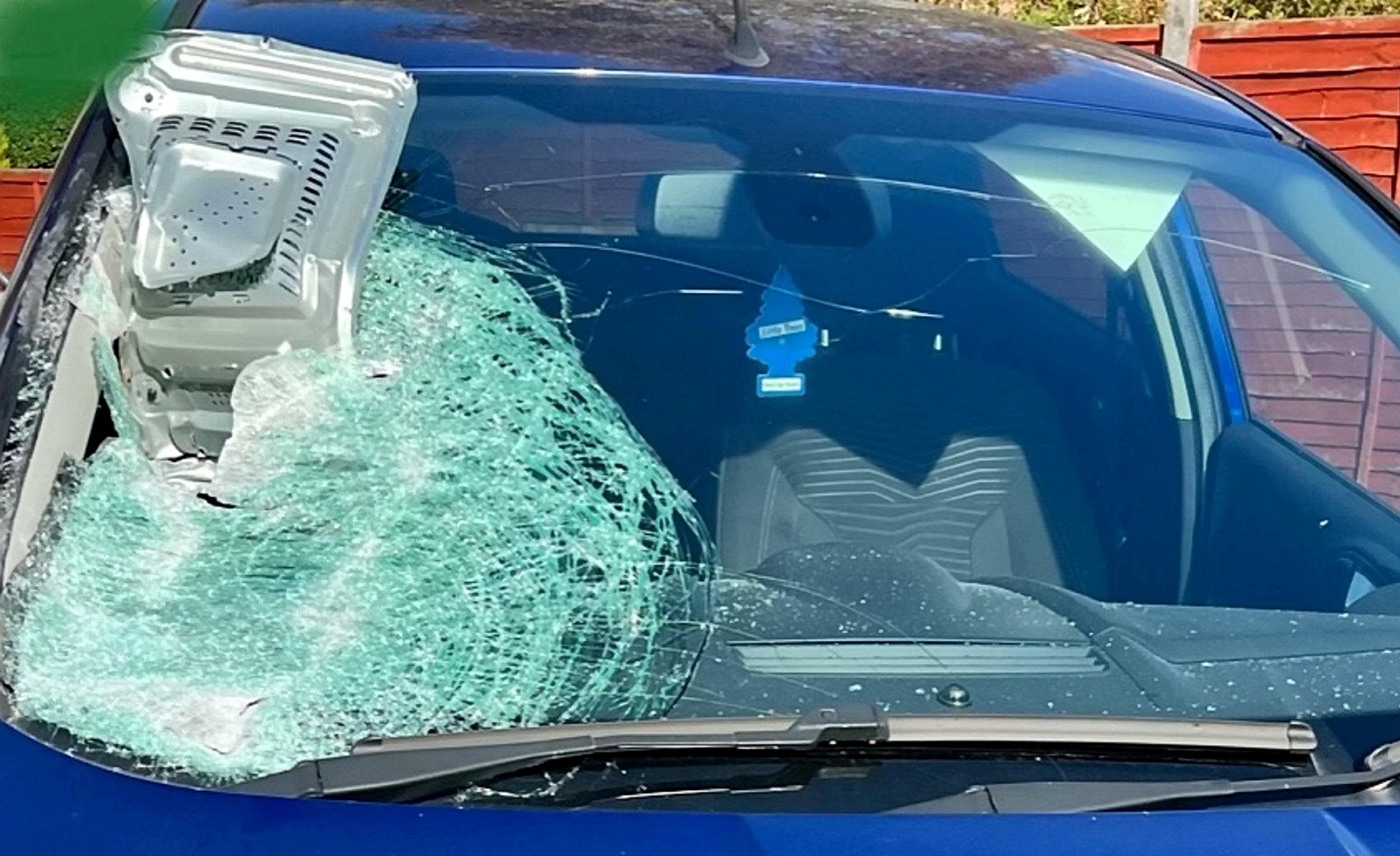 A driver was left injured when a microwave was thrown through the windscreen of his Ford Fiesta while he was on the road.

A shocking picture shows how the household appliance became lodged in the glass when a moped passenger struck on Saturday night in Lincolnshire.

It comes amid reports of a goal post and an axe also being used to damage cars in the area.

The moped was carrying two people when approached the motorist without any lights on around 11pm on Heapham Road, Gainsborough.

As it passed by, the passenger launched the microwave at the blue vehicle, causing the windscreen to shatter.

A manhunt has been launched to find the thug after the motorist suffered non-serious injures.

Police suspect the culprits could be behind other incidents of criminal damage in the town.

A Lincolnshire Police spokesperson said: ‘There have been a number of reports of criminal damage to cars in Gainsborough, both last weekend and again this weekend.

‘While we are keeping an open mind, we believe the incident on Heapham Road and the other reports of damage to vehicles may be connected.

‘We have taken reports of damage to vehicles on Corringham Road, Garfield Steet and Forster Street, where witnesses have seen a rider and passenger on a moped, and using items described as a goal post, and a weapon believed to be an axe to damage cars.’

Superintendent Phil Baker added ‘We are taking these crimes seriously and have our officers, including additional officers, working hard to identify those involved.

‘All of these incidents are serious, the incident where the microwave was thrown at the car is a real concern.

‘We need the help of the community to come forward and tell us what they know. There will be people who know who are responsible.

‘This time no one was seriously injured, we want to identify who is responsible. My ask of the local community is to contact us.

‘This can be directly or through the independent charity Crimestoppers anonymously.’