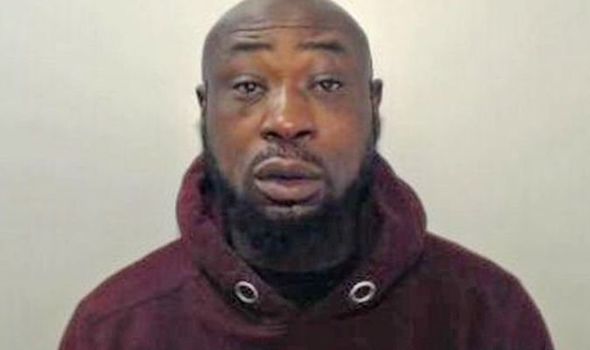 Abu Umar, 36, has been jailed after breaking his victim’s leg by striking him with the weapon on the street. A court heard the confrontation was sparked as Umar had been attempting to park his Audi in the same space as the other car in central Manchester.

Umar was heard to say: “I’ve been waiting for this spot,” before the victim, the passenger of the other car, began to record him on his mobile phone.

The defendant then went into the boot of his Audi and produced a baseball bat from the boot, Manchester Crown Court heard.

As the victim “panic-jumped” into the driver’s seat of Umar’s car, Umar smashed him with the bat.

He was left with broken bones in his leg and has been unable to stand all day which affects his work as a pharmacist, reports Manchester Evening News.

Umar was jailed yesterday for two years and four months after being convicted of causing grievous bodily harm and possession of an offensive weapon.

Sentencing the yob, Recorder Anna Vigars QC said: “With your work in the security industry you know full well and understand the impact of a weapon.

“I accept this was out of character for you and I accept you are genuinely remorseful.”

The victim had travelled to the city centre with his friend and his friend’s girlfriend in his pal’s BMW.

But he saw Umar beginning to reverse his Audi A7 into the same spot.

His friend stopped, though he had almost completed the manoeuvre, before Umar was heard to say: “I’ve been waiting for this spot” in an aggressive manner.

Umar then parked behind the other car and climbed out of his Audi, with those in the BMW saying they heard a bang.

The victim’s friend got out to check his car, and the victim got out from the passenger side to check his side.

He then began to record Umar on his phone, but this upset him further, prompting the thug to grab the baseball bat from his boot.

The frightened victim then jumped into the driver’s side of the Audi before Umar struck him on the legs with the bat.

An X-ray later revealed that he had a fracture to both the tibia and fibula of his right leg that required multiple operations.

Umar, from Oldham, Greater Manchester, was later arrested and admitted hitting the man with the bat once saying it was in self defence.

In a victim personal statement, the man said he had suffered adverse effects following the surgery including damage to his calf with skin scars that will “never fade”.

He said he was seeing a physiotherapist twice a month and it had affected his ability to work as a pharmacist.

“His relationships have been affected, he had pulled away from people who cared for him as he felt like a burden on his family and said the attack left a permanent impact on him and his life,” prosecutor Robert Smith told the court.

Umar was said to have no previous convictions at the time of offending.

Mitigating, his barrister Ronnie Bergenthal said his client, who wept during the hearing, has written a letter of apology to the victim.

“He clearly accepts his responsibility and is ashamed of what he has done. He is remorseful.

“He was going through emotional turbulence having split up with his partner. He has been suffering from depression.

“He is normally tasked with keeping the peace with his work in security, so this has been alien to him and it is something of deep regret and shame.

“He has tried to offer £2,000 compensation to the victim. He wishes he could simply turn back the clock.”