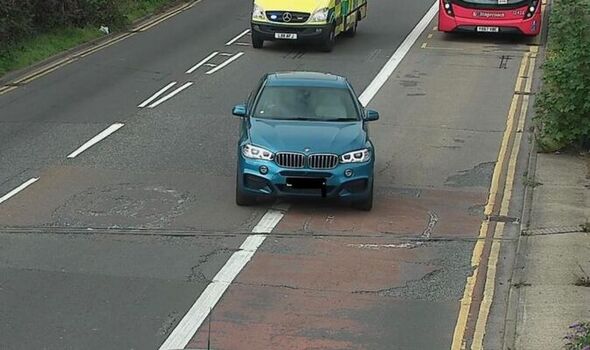 A driver was shocked after receiving a fine for pulling into a bus lane to allow an ambulance to pass in east London. The incident happened on September 19 in Walthamstow after James Sherigan-Vigor noticed the ambulance on blue lights behind him. But even after appealing the fine, he was still urged to pay £130 for pulling into the bus lane.

He wrote on Facebook: “Even after I appealed they said they issued it correctly and that emergency vehicles have the right to use the bus lane so myself (and two other cars) ‘would be more likely to obstruct their path than assist them’ – which I totally understand.

“However, when a bus in sat at a bus stop and an ambulance can’t magically drive through a bus it has to overtake on the right.”

He added: “So what I’m getting from this is they’ve either made a mistake looking at the evidence or we’re not supposed to help out our emergency services and get out of their way.”

After appealing the fine, he received a letter which read: “Under current legislation a vehicle must not drive, park or stop in a bus lane during its period of operation unless the signs indicate that a vehicle may do so.

The letter added: “A motorist must not put themselves in contravention of the law when dealing with an emergency vehicle unless directed to by an on duty police officer.”

It said: “We have investigated this incident and this fine was issued in error. It has now been cancelled. We apologise for the mistake.”