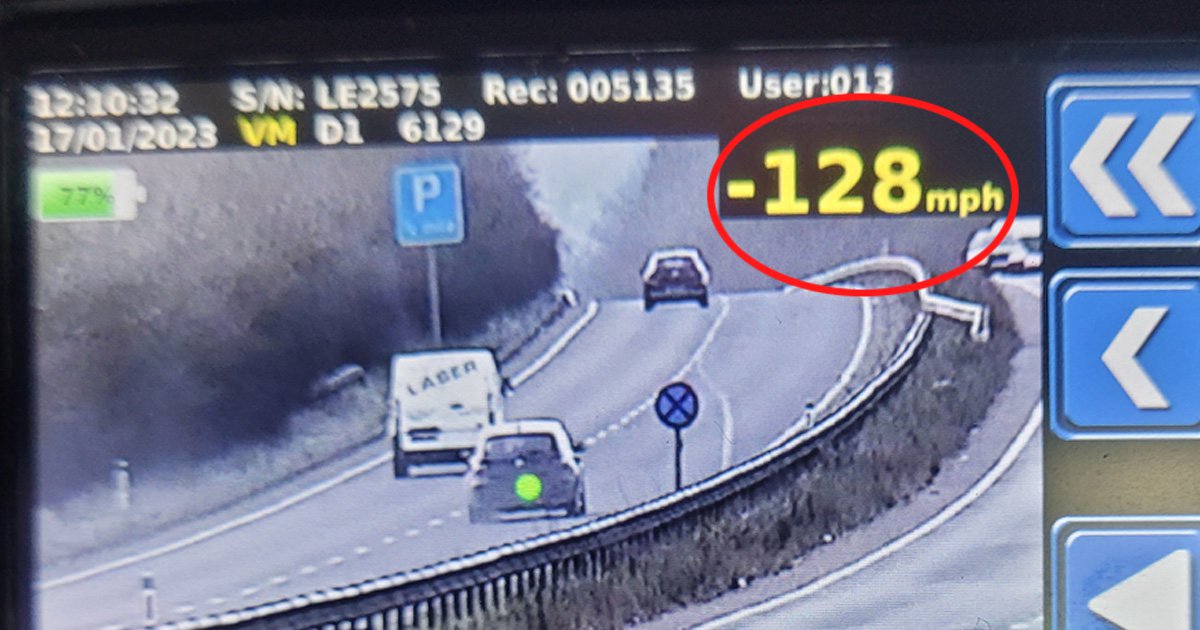 A motorist has been branded ‘selfish and dangerous’ after they were caught driving at 128mph.

Traffic officers recorded the eyewatering figure on the A303 in Somerset this week.

‘This driver was captured at 128mph by one of our enforcement officers a couple of days ago.

‘It’s the A303 in Somerset & a 70mph limit which in the cold and icy conditions we’re experiencing is too high, so nearly double that is…[angry emojji]!’

The speeding driver was spotted after a ‘major incident’ was declared due to a bus crash and severe ice in the region.

Police in Somerset received more the 100 reports of road-related incidents in a matter of hours on Monday night, with most caused by ‘treacherous driving conditions’.

Some 53 crashes were reported between 6pm and 11pm. Seven resulted in injuries but they are not thought to be serious. A further 67 calls were received for other road-related incidents.

On Tuesday, emergency services scrambled to a rural road after a double-decker bus overturned.

The crash, which took place at 6am, also involved a motorbike.

Twenty-six people were treated at the emergency department at Musgrave Park Hospital following the crash.

A further 27 patients were taken to the minor injuries unit in Bridgwater, and a further three were taken to Southmead Hospital, Bristol.