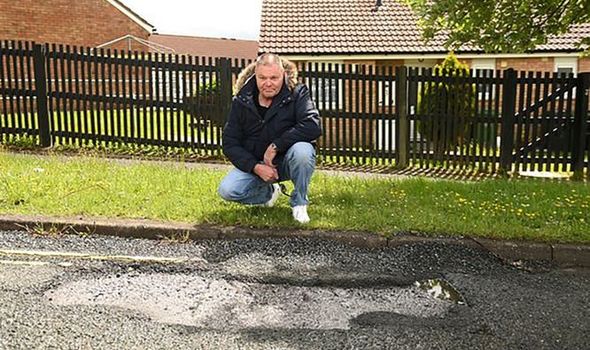 Mechanics told Al Mitchell that significant damage to the ball joint of the suspension arms on his Nissan Qashqai was likely caused by potholes. As a result of the damage, the car failed its MOT last week and needed £300 in repair work.

Those potholes have just got bigger and bigger over time. It’s like driving down a farm track at the moment

Al got the car mended but then took the unusual decision to forward the bill on to Plymouth City Council.

He is yet to hear back from the council but told Plymouth Live: “I was absolutely steaming.

“We sent them (the council) the MOT bill in the last complaint but we haven’t had anything back from them yet. I highlighted on the bill the repairs I’d been told were likely caused by the potholes.

“It all just falls on deaf ears. All this stuff about safety, but then they don’t give a stuff about the roads. It should be a priority really. I know the road tax we have to pay doesn’t all go towards that, but we all pay huge amounts for a number of things to maintain our cars and yet the roads are rubbish.”

Al is particularly angry about the state of his own road, Penrith Gardens, a cul-de-sac in the Estover area of Plymouth, where he claims potholes have been a problem for years.

He continued: “Over four years we’ve been on to them about it, and they’ve partially filled some in once, and then now they’re even worse.

“It needs the whole stretch redoing, especially with the amount of traffic that comes down here now. It’s just constant.” 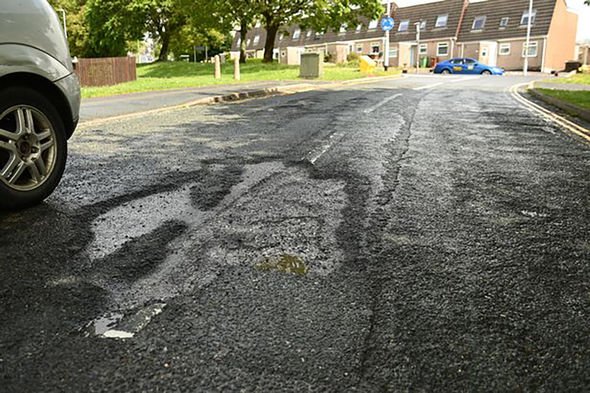 Al bought his Nissan Qashqai secondhand in June last year. It was made in 2012 but Al insists it was in a good condition, and had just passed its previous MOT when he purchased it.

“It’s a 62 plate, but when we bought it in June last year it had just had a full service and MOT, there was nothing wrong with it,” Al added.

“We have commercial traffic coming through all the time, farm vehicles going down there, as well as the general traffic at work starting and finishing time.

“They came out about two years ago and filled in some of the potholes when they were smaller, but left a lot of them.

“Because they did such a shoddy job, it all just disintegrated. They just patched it up and it’s just fallen to pieces.

“They just did it halfheartedly and now those potholes have just got bigger and bigger over time. It’s like driving down a farm track at the moment.

“It’s absolutely ridiculous. Why don’t roads have an MOT, like our cars have to?”

But the council, which the Labour Party lost to no overall control this month, said its roads do not warrant repairs at this moment in time.

It said that it has an “agreed safety inspection process” for potholes and “anything that requires intervention is at least 40mm and at least 300mm wide.” 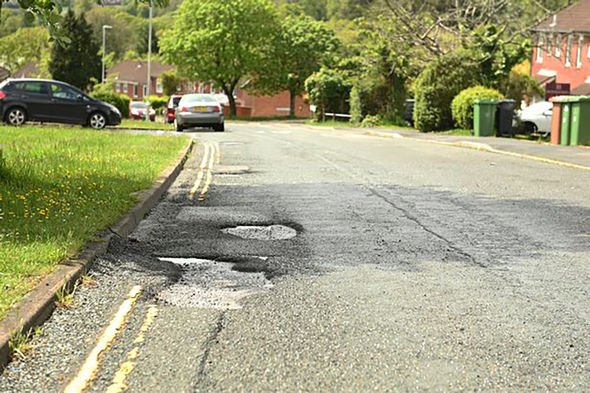 A Plymouth City Council spokesperson said: “Our Highways Safety Team regularly inspect the city’s road network and carry out repairs as soon as pot holes at intervention level are identified.

“We have recently inspected Penrith Gardens and although there is surface damage to the road there have been no pot holes identified that would require immediate repair.

“We have an agreed safety inspection process for pot holes and anything that requires intervention is at least 40mm and at least 300mm wide.

“In the past, the road was resurfaced using a technique called ‘overlaying’, which is placing a new surface directly on to an old surface, without replacing the core.

“However, we are looking at alternative longer-term solutions for this type of deterioration.”