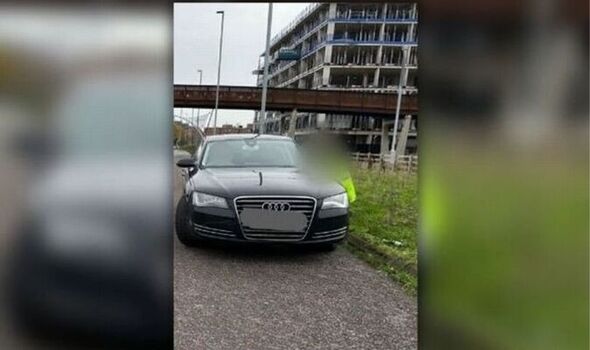 Police have warned drivers about parking on a hard shoulder by Manchester Airport after a driver was caught “waiting for a relative to land” on Sunday, November 27.

The car had pulled in alongside the A555 (Airport Spur) road, just off the M56, in a bid to evade paying the car parking fees.

Greater Manchester Police shared a picture of the Audi after it had been spotted by traffic officers. They said the driver had said they were “waiting for a relative to land” at the airport nearby before being issued with a penalty notice due to motorway regulations being enforced.

According to the Manchester Evening News, police have shared numerous pictures of drivers parked up on the hard shoulder of the M56 in recent months warning of fines if caught.

North West Motorway Police previously said: “The hard shoulder is not a safe place to be waiting for those coming off flights and when caught it is much more expensive than the airport charges!”

Currently, drivers picking up or dropping off from the airport have to pull into the designated areas. All passengers can use the free drop off area located in JetParks1 where they can take a short shuttle ride to the terminals.

Alternatively, people can choose to be dropped off directly outside the terminals and train station at a charge of £5 for five minutes or £6 for ten minutes.