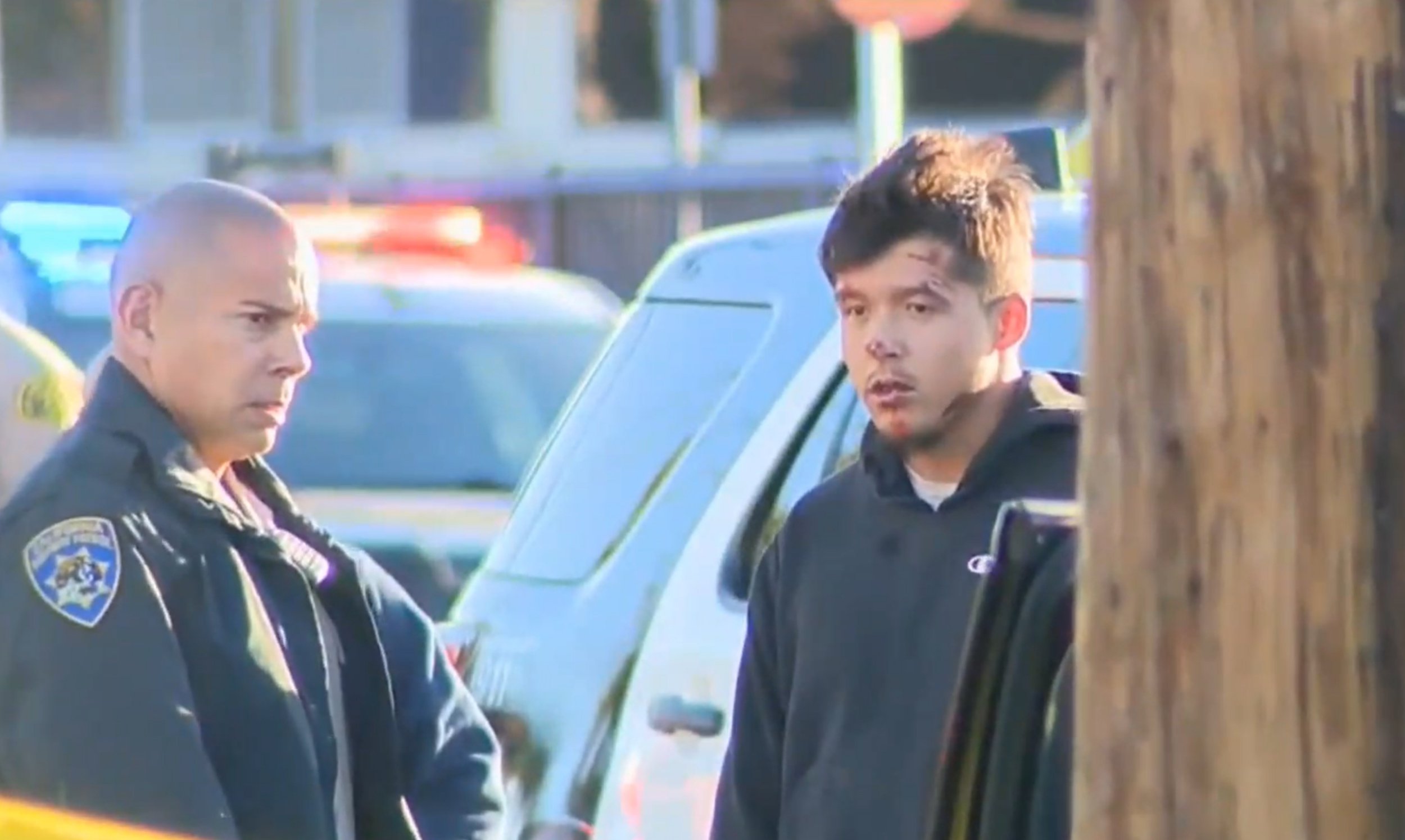 The driver who hit 25 Sheriff’s Academy cadets on a morning run last week said the collision wasn’t intentional and he fell asleep at the wheel.

On November 17, Nicholas Gutierrez veered into the wrong lane and plowed into a group of 25 recruits at the Los Angeles Sheriff’s Academy who were running in formation along the side of the road.

Five of the cadets suffered severe injuries, including head trauma, broken bones, and loss of limb. At least one is still hospitalized and considered to be in grave condition.

In an exclusive interview broadcast on NBC4 Los Angeles, Gutierrez offered his apologies to the victims and said the accident ‘wasn’t intentional.’

Gutierrez, an electrician, said he was on his way to work when he dozed off while driving the same route he takes every day. ‘I fell asleep at the wheel and I woke up to people banging on the window to get out,’ Gutierrez said.

‘Not only did he pass the sobriety test, but CHP took him to the hospital and did a toxicology report. It came back clean,’ Gutierrez’s lawyer Alexandra Kazarian said. ‘There was no alcohol and no drugs in his system.’

Gutierrez’s face appeared bruised and cut. When asked about his injuries, his Kazarian said they were not going to speak about them now. She only confirmed that they were not from the car’s airbag.

Gutierrez’s family said their son is not violent and comes from a family full of law enforcement members. ‘He’s never hurt anyone, he’s never gotten into a fight,’ his mother Martha Gutierrez said.

However, the Los Angeles County Sheriff’s Department (LASD) has indicated that they intend to charge Gutierrez with attempted murder of a peace officer – a charge which requires prosecutors to prove the crash wasn’t an accident.

The LASD put out a press release on Thursday stating that they ‘intend to present this case to the Los Angeles County District Attorney’s Office this Friday for filing considerations,’ while keeping Gutierrez in jail on bond set at $2million.

But hours after the press release, detectives released him from custody due to lack of evidence, Los Angeles County Jail records indicate.