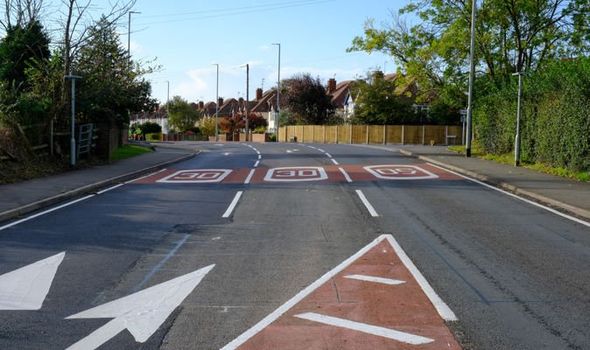 Motorists have been left confused after workmen painted road markings showing two different speed limits on the same street. On the left side of the road, drivers are told not to exceed 50mph, but the opposite carriageway tells them to keep to 30mph.

The blunder has left people living on Ombersley Road in Bevere, Worcester, baffled as to what the actual speed limit is.

Grace Taylor, 25, said: “It’s completely stupid. On one side of the road, you can go at 50mph while leaving you have to stick to 30mph.

“The council need to make up their minds. The 50mph and 30mph road markings are even next to each other. Surely someone would have noticed when they were painted.

“An already very busy road has been made more confusing. My Sat Nav almost had a nervous breakdown when I drove to see my mum in one direction but had to slow right down on the way out.”

The stretch of road had been 50mph between Green Lane and Claines roundabout until a couple of years ago.

The speed limit was reduced to 30mph after a new housing estate was built, but only one side of the road had its 50mph markings painted over.

The roadworks were carried out by contractors last Thursday by on behalf of Bellway Homes which has a development along Ombersley Road.

Councillor Mel Allcott said: “It has caused confusion especially with the new housing estates which is why they changed limit. I would advise people to stick to the 30mph speed limit until Perrins Way because that is what all the signs used to say.

“We had a nasty accident before near the farm shop and it is a road where people should drive carefully.

“I think the contractor based it on previous speed limit but the 30mph section was extended a couple of years ago.

“It is a bit of an unusual one because the houses don’t back onto the road so Highways didn’t have to lower the limit but did it out of good will. I have spoken to a Highways officer and they are aware as well.”

Worcestershire County Council said it would launch an investigation into the blunder.

A council spokesman said: “The work was undertaken by Bellway Homes, who are the developer responsible for the new housing development on that road.

“We are investigating any errors and will request that these are corrected as soon as possible.”