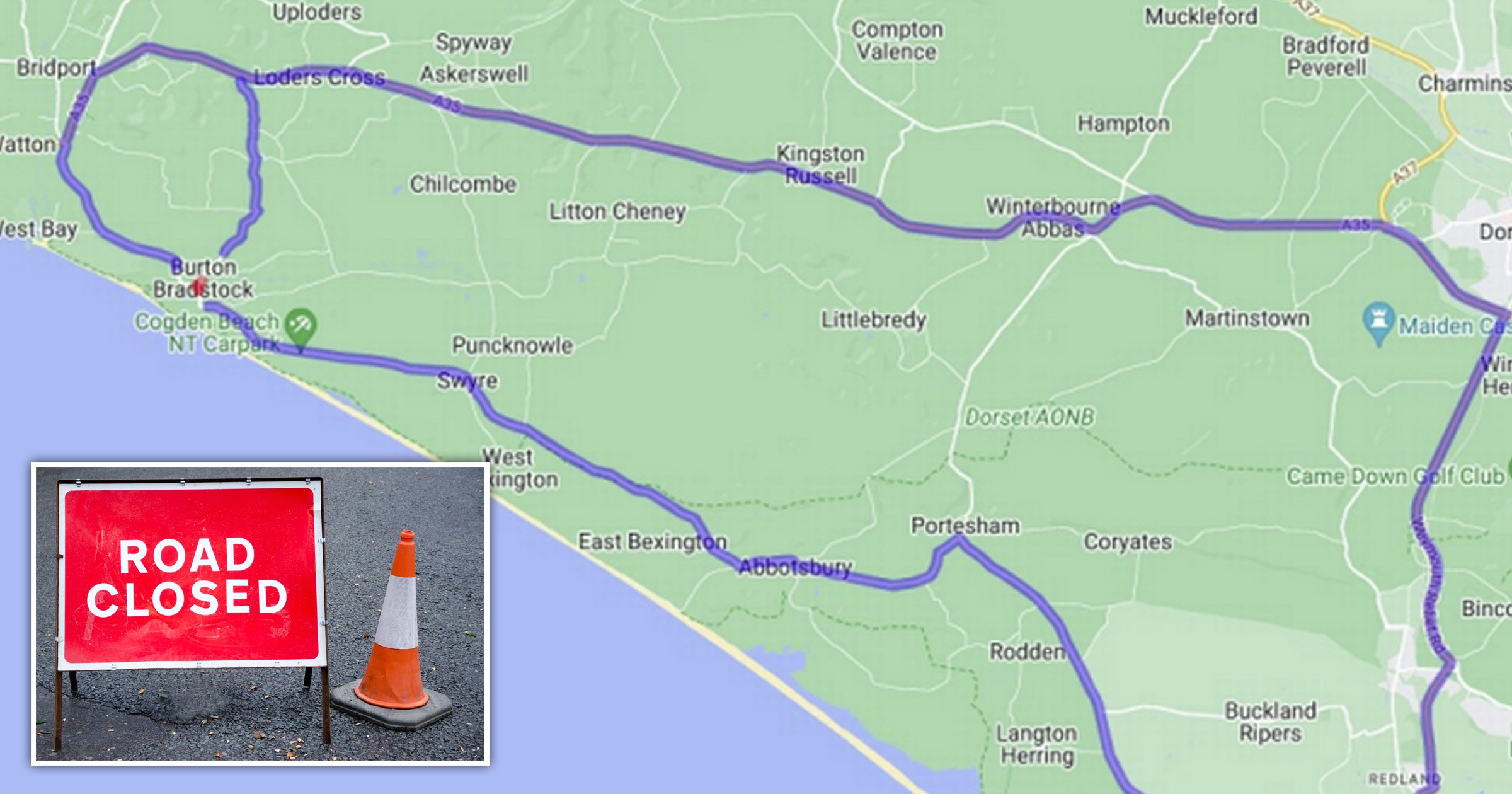 Road closures in Dorset have left residents giggling at the ‘rude’ shape of the mapped out route.

The diversion, which resembles the shape of a penis, was submitted by Openreach in relation to maintenance works due to be carried out along the length of the road.

One amused local wrote: ‘Did someone really produce this picture of the diversion?

Another said: ‘Honestly, is this for real?’

The official diversion route spans a lengthy 37.2 miles from Bridport to Weymouth and Dorchester.

Anyone who breaches the road closure could face a fine of up to £1,000.

It comes as a tree resembling male genitalia was erected in Huddersfield this summer.

The 20ft sculpture features veiny carvings running up and down the shaft of the column.

One visitor to Beaumont Park asked: ‘Come on — is this where our council tax is spent? On giant d***s?’

Last year, three giant penis-shaped garden ornaments were snatch from a shop after the owner refused to move the ‘obscene’ statues from his display.

A few months later, a 10ft statue with an erection was vandalised in Peru just days after it was unveiled.

The indigenous monument, known as Huaco Erotico, was erected in the Peruvian town of Trujillo to mark the start of 2022.

People would flock to take selfies with the statue, but the mayor of Trujillo, Arturo Fernandez, said three hooded thugs armed with knives threatened to kill a security guard before smashing a hole in the bright red member.