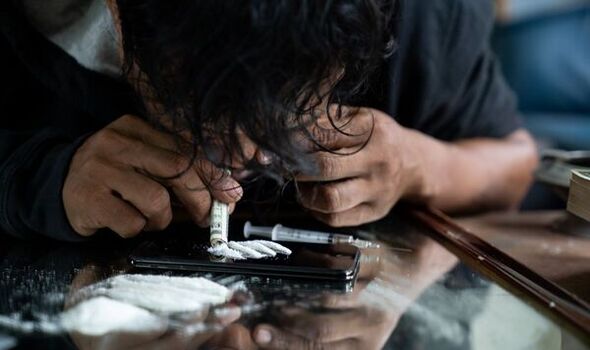 There has been a rise in users mixing substances to maximise effects, while gangs cut Class A drugs with high-strength synthetic opioids many times stronger than heroin to boost their profits, according to the National Crime Agency (NCA).

It is the ninth consecutive annual rise, up 6.2 per cent in a year and the highest since records began in 1993. There were big increases in deaths relating to methadone and pyschoactive substances.

Emerging trends including taking drugs such as benzodiazepines alongside heroin and morphine may increase the overdose risk.

Lawrence Gibbons, NCA head of drug threat, said: “Organised crime groups have been known to contaminate Class A drugs with high-strength synthetic opioids, hundreds of times stronger than heroin, which can cause fatal overdoses.”

People in the North East of England were more than three times more likely to die due to drugs misuse than people in the East – 104.1 deaths per million people, compared with 27.4 per million.

“Most deaths are what we call ‘deaths of despair’…people who are lonely, they’re using drugs in situations where they don’t have support or other people to protect them. We need to provide much better support and inclusion to people who are living very isolated, marginalised lives.”

Mark Moody, the chief executive of the social care charity Change Grow Live, said that “the only reasonable response to the statistics is to redouble our efforts to stop more people losing their lives to drugs”.

He added: “The Government’s new drug strategy is a once-in-a-generation opportunity to change things for the better.”