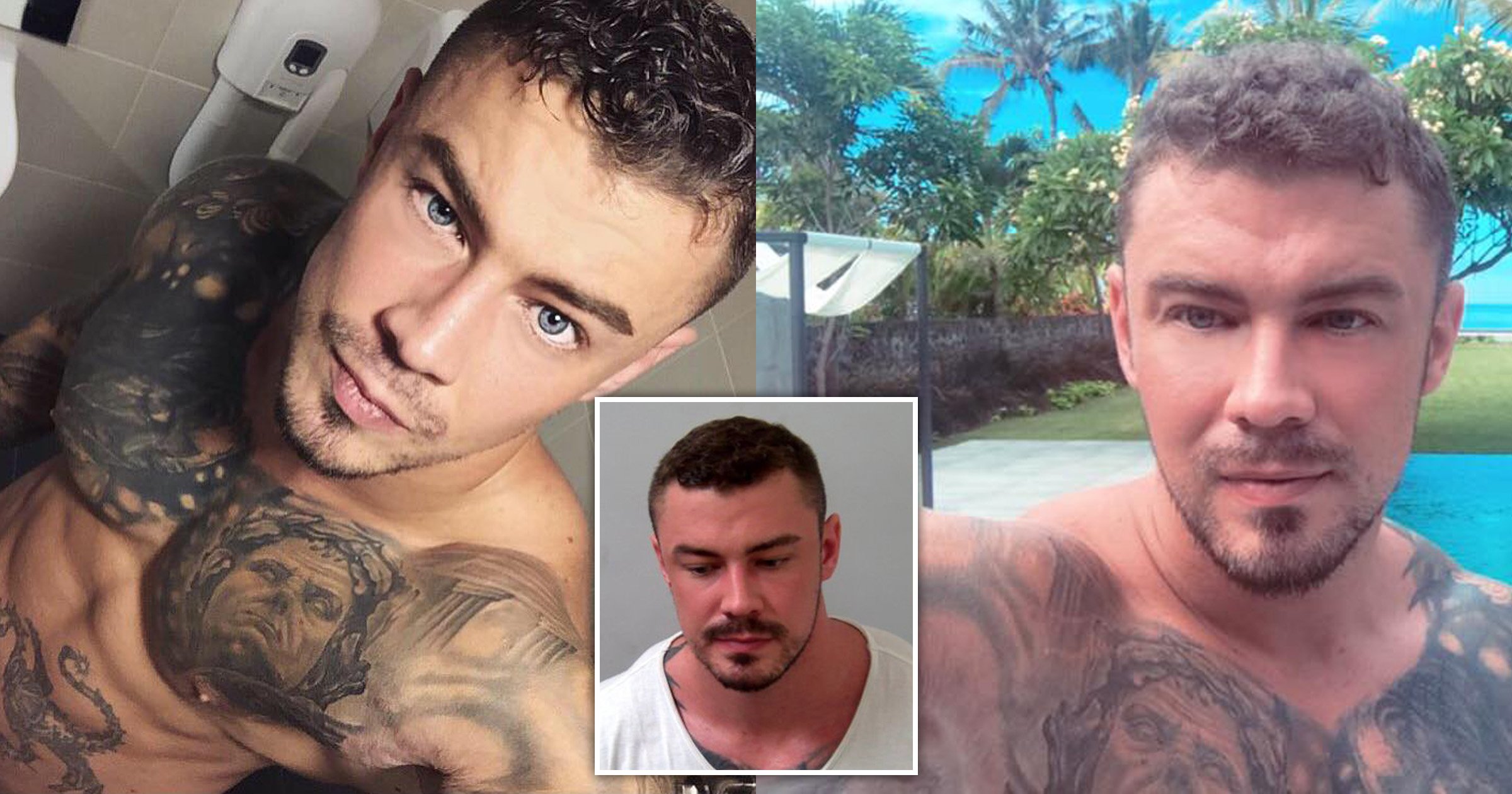 A drug-dealing male model who taunted police with pictures of his playboy lifestyle after going on the run for two years must repay more than £31,000 of his ill-gotten gains – or face an extra 15 months behind bars.

Terrence Murrell, 34, fled Britain to the paradise island of Bali after being unmasked as a leading member of a £2million anabolic steroid gang which shipped drugs from Hong Kong and China.

But instead of keeping a low profile, Murrell flaunted his freedom in a series of brazen social media updates.

He shared one picture with friends captioned ‘The baddest men in Bali’.

He also posed for snaps in an infinity pool, working out in a gym and using his laptop on a four-poster bed.

Murrell was eventually jailed in February last year after police traced him travelling from Bali to Cambodia and brought him back to Britain.

Now a court has ruled he must repay £31,702.18 he earned from dealing illegal steroids as part of an ‘a very extensive criminal operation’.

He has three months to find the cash – or face more time behind bars.

Murrell, from Didcot, Oxfordshire, told police he bought the steroids for himself because he ‘wanted to look his best as a male model’.

He later admitted supplying class C drugs in North Wales through websites but failed to turn up for a sentencing hearing at Caernarfon Crown Court.

Judge Timothy Petts said: ‘I’m very pleased that the matters have been agreed and I make a confiscation order in the terms proposed for payment of £31,702.18.

‘That follows in the usual way an extensive investigation into what Mr Murrell received from his crimes and his available assets.’

Police could return to the court to try to recover more money if they discover further assets in the future.