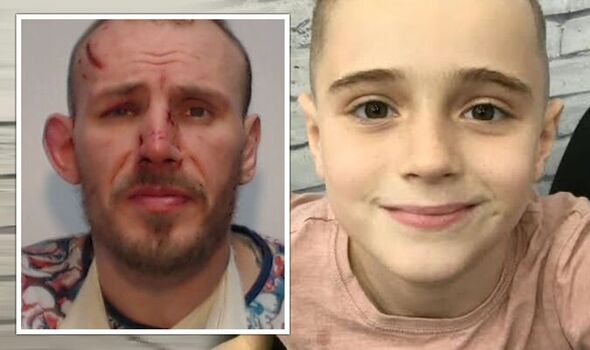 A drug-driving dad killed his son, aged just eight, while he was 13-times over the limit. Police described the death as “entirely preventable”.

Leon Clarke, 40, this week pleaded guilty to causing his son, Blake’s, death by careless driving while over the limit for drugs and also uninsured.

His other son, Mason, aged six, was also on board at the time but survived with “minor injuries”.

Clarke collected his children from their grandmother’s home in Middleton in February 2020, headed for Stockport.

Greater Manchester Police later found him to have been 13-times above the legal limit for the bi-product of cocaine, Benzoylecgonine.

Clarke was also driving over the speed limit and his tyres were below the legal limit.

The weather was poor on the day of incident, in which Clarke’s car went into an irreversible spin while changing lanes and collided in the rear with a Highways Ives Tipper Van that was stationary on the hard shoulder.

The collision cased “extensive damage” to the back of the car, officers have reported, which is where Blake was sat.

Members of the public who witnessed the collision stopped to remove Blake and Mason from the vehicle and offer assistance, along with the emergency services who arrived a little later, but the eight-year-old sadly died from his injuries.

Clarke provided a positive drug sample at the scene and was arrested.

He told officers his car was uninsured, that he had not checked the condition of the tyres and that he had taken cocaine the previous night.

He added that he felt fit to drive and was travelling no more than 55-60 miles per hour because of the weather.

Greater Manchester Police’s investigation suggested that neither of these statements were true.

“His two son’s safety should have been at the forefront of his mind. Instead, he took cocaine in the hours leading up to collecting them from their grandmother.

“When he joined the motorway, he did not drive to the weather conditions and drove above the speed limit despite the surface water and spray.

“The loss of Blake is not only felt by his family, but by his school friends. Blake should have been starting his journey at Secondary School this year.

“The devastation of Blake’s death has affected everyone that loved and knew him. His death touching members of the public and the emergency services who tried to help on that day.”