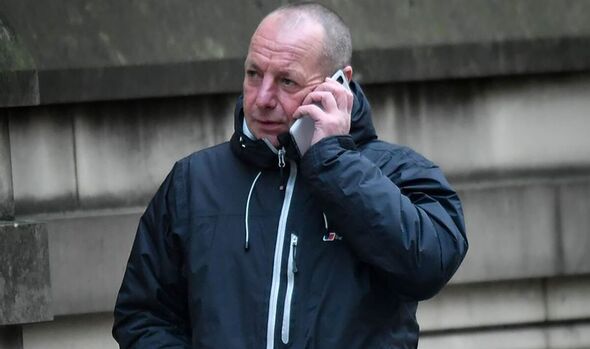 An easyJet passenger grabbed a flight attendant by the neck after drinking three-quarters of a bottle of whisky.

Colin Smith was warned to be careful aboard the flight to Malta as he was stood when the seatbelt signs were switched on.

The 51-year-old man, who was travelling with his partner, gave the flight attendant a “vacant” stare and then grabbed her by the neck with both hands.

A court heard the woman managed to get away from Smith, before he tried to hit her again. In an attempt to defend herself, she pushed Smith back. He fell onto two seated passengers, and was restrained.

Whilst Smith lashed out at her, the flight attendant asked his spouse if he had any health concerns, to which she replied: “I told him not to drink that whisky” on March 28 last year. When he returned to the UK a week later on a Jet2 flight, he was arrested and made full admissions.

Smith said he bought two bottles of Famous Grouse whisky in duty-free and had sunk three-quarters of one bottle during the journey, describing himself as being “nine out of 10 drunk”.

In a victim personal statement read to the court, the woman said she was scared of further assaults in the future.

Smith, from Anlaby Park, Hull, was said to have six previous convictions for nine offences, and was most recently before the courts in May 2018 for an offence of battery.

He was jailed for six months yesterday at Minshull Street Crown Court after admitting assault and being drunk on an aircraft at an earlier hearing.

Colette Renton, defending, said her client’s recollection of the incident was “fragmented” due to his intoxication. She said his fear of flying contributed to his drinking, and said he was going on a prearranged holiday for his 50th birthday which was a “relief” for him and his partner following recent family bereavements.

The lawyer said: “He expresses his remorse and states that he wishes to apologise to the victim for the impact that his behaviour has had upon her.”