The Duchess of Cambridge “absolutely nailed” playing the piano accompaniment in a performance at Westminster Abbey, popstar Tom Walker has said.

The rendition of Walker’s Christmas single For Those Who Can’t Be Here was performed as part of the duchess’s Royal Carols: Together At Christmas concert, filmed earlier this month.

Het performance was the first time she has played the piano in public. 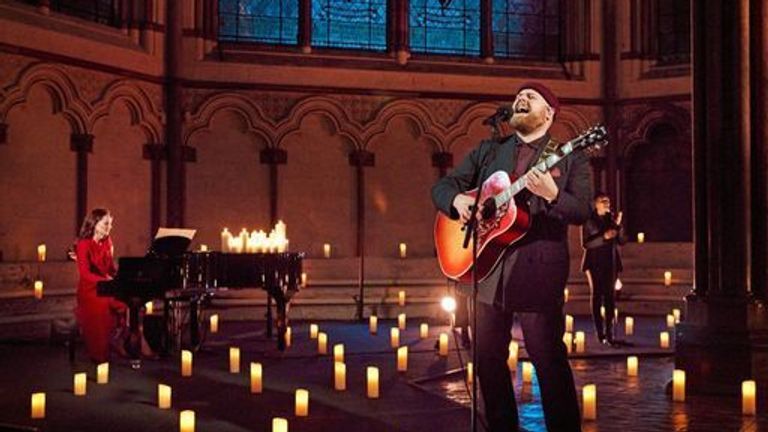 Kate organised and hosted the event, which was broadcast on ITV, as a thank you to the “inspirational” people who have served their communities during the pandemic.

Walker, who found fame with his hit song Leave A Light On, said he was approached by the duchess to take part after they met at a charity event.

“I didn’t even know she played the piano.

“It was very secret, very secret – even the studio didn’t know what was going on. We were sitting on opposite sides of the room for COVID, rehearsing.

“So we got together, we rehearsed the song like nine times and by the end of it she’d absolutely nailed it, and then she went away for a couple of days and practised it, and then we finally got to do the recording of it.

“And I was really impressed because it’s one thing playing along with me in a studio, just the two of us, but then to jump straight in to playing with a live string quartet and a pianist and two backing singers, all of which she’d never met before, and then doing live takes in front of the camera – that’s a whole other jump from jamming. 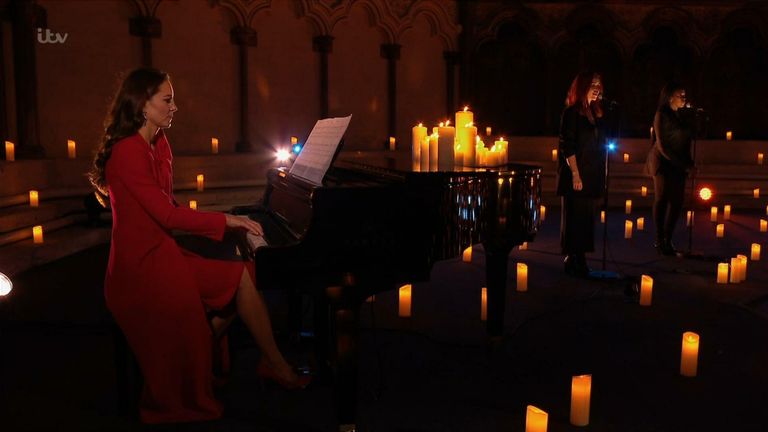 “She absolutely nailed it and I was so surprised at how great she was at keeping time, because she had to start the song off and lead it.

Walker said of the concert: “I think we were both really nervous that it wasn’t going to go quite to plan and one of us would let down the other person or whatever, but she was absolutely fabulous – she smashed it.

“What a talented, kind, warm-hearted, lovely person,” he said.

Kate introduced the concert by paying tribute to those who worked on behalf of their communities throughout the pandemic.

She said: “We wanted to say a huge thank you to all those amazing people out there who have supported their communities.

“We also wanted to recognise those whose struggles perhaps have been less visible too.”

Also supporting the duchess at the event were Prince William, Princess Eugenie, Sophie Wessex and other members of the Royal Family.