The Duchess of Cambridge has joined people paying tribute to Sarah Everard, laying flowers at a memorial site on Clapham Common.

Kensington Palace said Kate had joined hundreds of people on the Common because she “wanted to pay her respects to the family and to Sarah”.

“She remembers what is was like to walk around London at night before she was married,” the palace added. 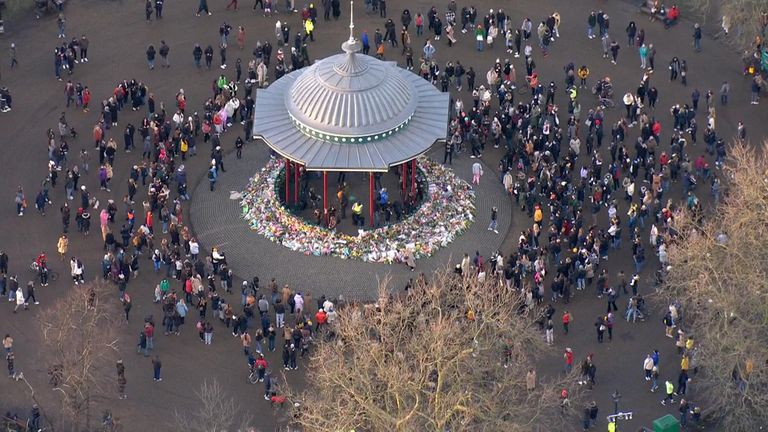 Reclaim These Streets had hoped to hold a vigil on the common to honour 33-year-old Ms Everard on Saturday evening, but it was cancelled following discussions with police who said it risked breaching lockdown rules.

People are instead being encouraged to shine a light on their doorstep at 9.30pm.

The group has also set up a fundraising page which had raised more than £290,000 by 5.30pm, with proceeds going to women’s charitable causes.

Sky correspondent Emma Birchley said: “The Duchess of Cambridge clearly felt that, like many here, she had to come and bring flowers and read the messages that had been left.

“The organisers had decided this morning to cancel the vigil because they couldn’t get the permission they needed from the Met Police because of the coronavirus rules. 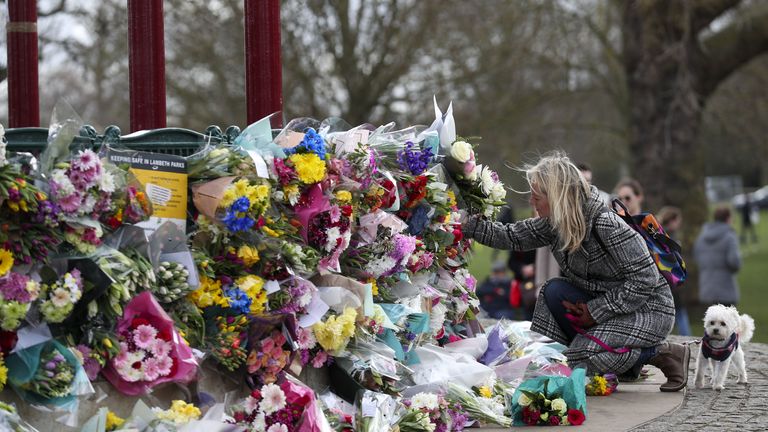 “Instead they had urged people to light candles tonight on their doorsteps and they were hoping it would mean there wouldn’t be any issue with people gathering.

“But people clearly felt the need to come and there’s a real sense of sombreness here, people standing just looking at the displays, and you look around and see people weeping.”

A High Court judge had refused on Friday to intervene on behalf of Reclaim These Street over the fight to gather at the common.

The group said it had made “many suggestions” to police about how the vigil could go ahead safely but they had been told they risked a £10,000 fine for each woman organising the event.

Vigils had been planned in other parts of the UK, such as York, Coventry, and Birmingham, as well and a number of police forces in those areas had also discouraged people from gathering.

Commander Catherine Roper, Met Police lead for community engagement, had said the force took “no joy” in the cancellation of the Clapham vigil but insisted it was the “right thing to do”.

Ms Everard, a marketing executive, went missing while walking home across Clapham Common earlier this month and was later found dead in a woodland in Kent.

Wayne Couzens, a Metropolitan Police officer, appeared in person before Westminster Magistrates’ Court on Saturday charged with her kidnap and murder.