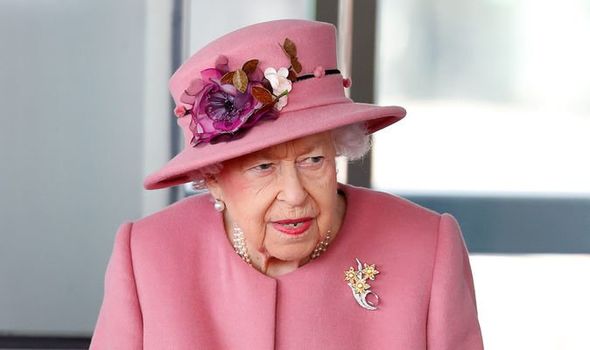 Angela Levin told TalkRadio: “I think if Prince Philip was still around, he would exercise a bit of control and say: ‘Look, stop it, don’t go to so many engagements and relax a bit’.” She added: “We’ve got to encourage her to take a step back or sideways or something to allow her body to recover from the engagements she does.

“I think it’s a fight between her head and her body, because she wants to do it, she feels she can, she’s very articulate…but her body is 95 years old.”

The Queen has undertaken 14 engagements so far this month in London, Windsor, Cardiff, Edinburgh and Balmoral in addition to her usual daily responsibilities.

Last week she used a walking stick in public for the first time since a 2003 knee operation and it emerged that she had given up drinking alcohol.

In 1994 she broke her wrist in a riding accident and in 1982 had a wisdom tooth extracted.