The late Queen’s cousin has held the title of the Duke of Kent for 80 years following the untimely death of his father in a plane crash in 1942 when Edward was just seven years old. His father, Prince George, the Duke of Kent was the youngest son of the Queen’s grandfather, George V.

The Duke of Kent has been a long-serving member of the Firm and has time and again shown his support of the Queen.

In June, during the Platinum Jubilee, he was seen standing next to Queen Elizabeth as she stepped out on the balcony of Buckingham Palace.

“His Royal Highness is involved with over 140 different charities and organisations.” 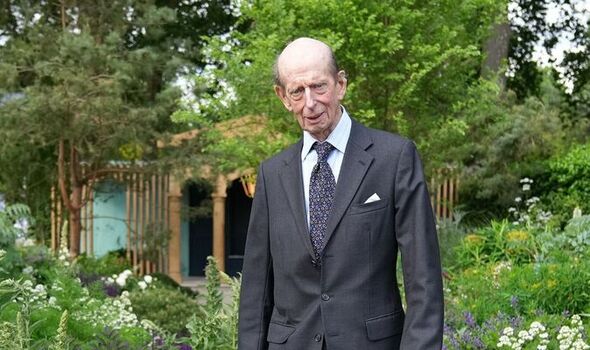 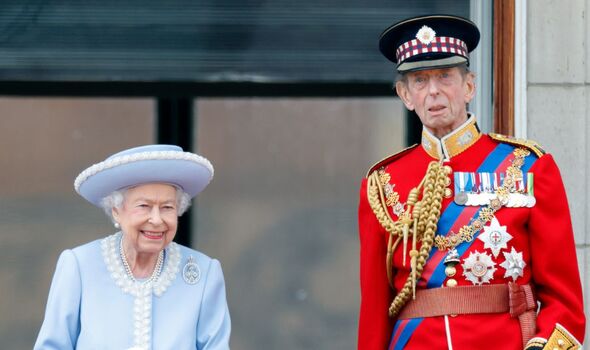 The post then went on to direct fans to his biography page on the Royal Family website which informed fans of his various roles and patronages.

The Duke was the first member of the British Royal Family to officially visit China as part of his role as Vice Chairman of the Overseas Trade Board and later of British Trade International, which he held until 2001.

The royal is also incredibly passionate about war commemorations to remind future generations of the sacrifices made during the conflicts of the First and Second World Wars.

Many tributes made by royal fans on social media to mark the Duke’s birthday referred to fond memories of meeting Prince Edward on various occasions. 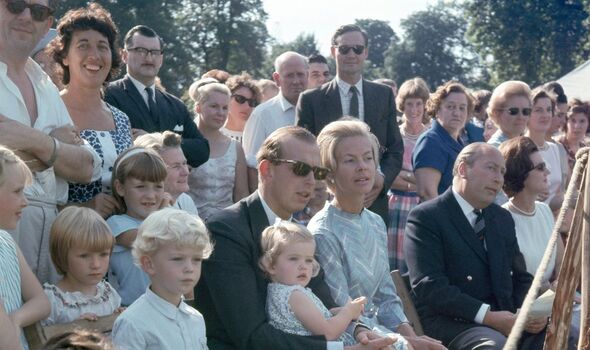 Twitter user @WatkinsWanders said: “I presented flowers to the Duke and Duchess of Kent at Coppins in 1960 when I was seven.

“The Duchess was President of our local WI in Iver.

“They were a lovely family, often seen wandering around the village.”

Coppins is a country house in Iver, Buckinghamshire which was home to Princess Victoria, the youngest sister of George V.

Coppins was then left to Victoria’s nephew, Prince George, Duke of Kent and was home to two generations of the Kent family before being sold in 1972 to Commander Eli Gottlieb.

Those who recalled meeting the Duke noted his in-depth knowledge of the events he was attending.

Other fans noted the Duke of Kent’s loyalty to the late-Queen with @JenCarsonTaylor tweeting: “Happy Birthday, Sir, and thank you for always being there for our late Queen.”

User @BerniceGinNJ added: “Happy Birthday, Sir! Your stalwart, yet understated service to your country has been inspiring.

“I was especially touched to see you on the balcony with the Queen for the Trooping of the Colour. Keep safe and well.”

Many more messages of well-wishes flooded the Royal Family social media page with the majority all concluding that the Duke of Kent is an unsung royal.