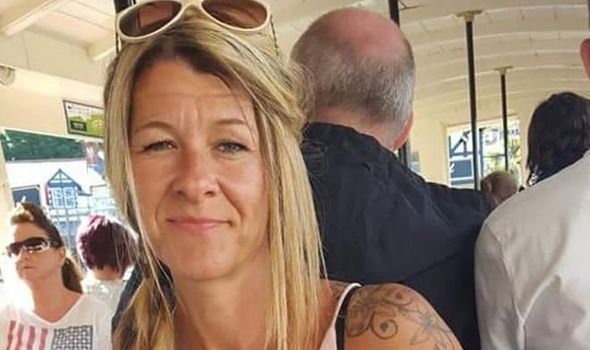 Sarah Beckett, 47, screamed in horror after her clothes caught alight in the supermarket last week. Shoppers rushed to douse Sarah in water but she was dashed to hospital with suspected second degree burns.

Sarah was carrying a spare battery from an electronic cigarette in her pocket as she shopped at the store in Newton-le-Willows, Merseyside. Her husband Andrew, who was at work at the time, believes this caused her injuries.

Speaking to Liverpool Echo, Andrew said: “[She was] walking around Aldi and feels and hears something in her pocket, all seems a bit surreal but she remembers screaming and a older couple coming to her assistance.

“We’ve later found out from a guy on Facebook that these batteries can short if the positive end comes in contact with say a key or a coin.

“So it shorted in her pocket and exploded like a firework when you first light it, lighting her clothes, coat and jumper.”

The woman, from Newton-le-Willows, praised the “brilliant” people in the store who helped her.

They grabbed bottles of water off the shelves to douse the flames.

“An old couple came rushing over, as she opened her coat the red hot battery slid out of the hole it had melted and bounced along the floor still glowing orange,” Sarah added.

“The old lady kicked it away, grabbed a chair from somewhere and started to douse her with water from the shelf in Aldi.

“The older lady stayed with her all the way through, rubbing her arms and comforting her.”

Another shopper called Andrew on Sarah’s mobile to tell him of the horror.

“A young man then took her phone and rang me from it, I could hear her screaming and panicking in the background,” Andrew said.

“I keep thinking that a few minutes earlier she would have been driving on the main roads of Newton-le-Willows and it haunts me to think what might have happened.

“I think we both had a little private whimper to ourselves last night when I got her home, she was very lucky, and also very lucky that certain members of public were in the shop at the same time.

“People definitely need to be made aware, we didn’t have the slightest idea the dangers of a loose battery.”