A veteran police e-fit designer has done an impression of himself as he prepares to quit after 15 years in a job he felt “lucky” to have.

PC Tony Barnes, who joined the Metropolitan Police from Essex Police in 2006, said: “I have been incredibly lucky to do something at work that I love doing.

“Not only can I use my natural creative talents but I get to meet very interesting people.

“I joined up as a PC but when I saw this opportunity, I knew it was right for me and that’s proved exactly right.”

PC Barnes has interviewed “at least 2,000” victims of, or witnesses to, crime since and has been the Met’s only e-fit operator since 2013.

An e-fit of Tony himself has been released ahead of his planned retirement at the end of March.

Some might say the beard is a little short.

And for many people, the question about e-fits is why they often bear little resemblance to the actual suspect.

The officer agrees, admitting: “I’d be lying if I said I hadn’t laughed at some of the e-fits I have seen over the years. I bet you have as well.

“The truth is that every e-fit you see in the press or on TV is not the vision of the police officer or police staff member. It is what the witness has described to those officers.

“Sure the artistic skills of some of the composite artists may be lacking at times, but that image only appears for public consumption if the witness says there is a likeness to the suspect.”

He’s proud, he says, of all the images he’s helped create over the years and lots of them have led to arrests. 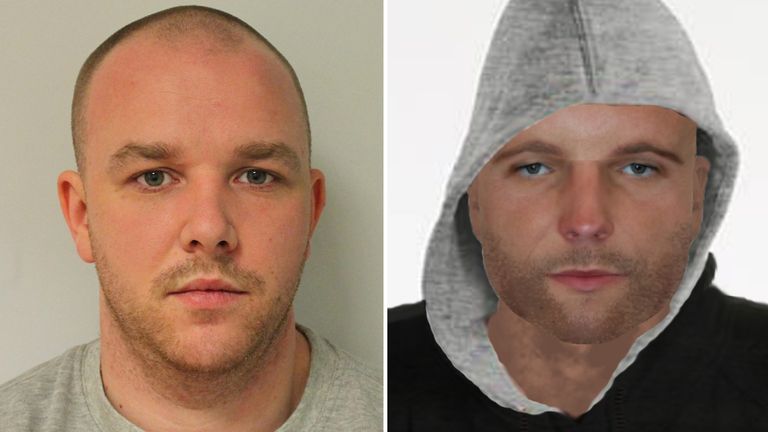 One such case was that of Derry McCann who raped a woman in Victoria Park, east London, on the same day that he later married his pregnant partner. He was sentenced to life in prison in 2017.

No wonder Tony insists e-fits remain a vital investigative tool, despite the prevalence of CCTV and other technology, as “there are always criminals who lurk in the shadows and manage to evade any cameras”.

To that end he is training four new officers to take his place.

As for describing his unusual job to strangers, PC Barnes says he has had a little fun with it.

He explained: “I like to tell people one of two things about me. Either that I’m the most published artist in the Evening Standard or that I’m the only police officer in London who’s paid to draw pictures all day long.

“Both are true I think, although Banksy gets his fair share of column space.”