Lockdown: Professor says more lives could have been saved

Professor Neil Ferguson claimed his grim estimate was “unarguable” adding: “The epidemic was doubling every three to four days in weeks 13th to 23rd of March. “Had we moved the interventions back a week we would have…saved many lives.”

The Imperial College London professor said there was “increasing concern” among scientists about the lack of a “resolved plan” in the week leading up to March 13, 2020 – three days before Matt Hancock told the Commons all social contact in the UK should cease.

The professor was asked when Sage had determined a policy of herd immunity would lead to a vast number of deaths during yesterday’s BBC Radio 4 Today programme.

He said a meeting was held with the NHS on March 1, 2020 “which finalised estimates around health impacts, so the week after that really”. 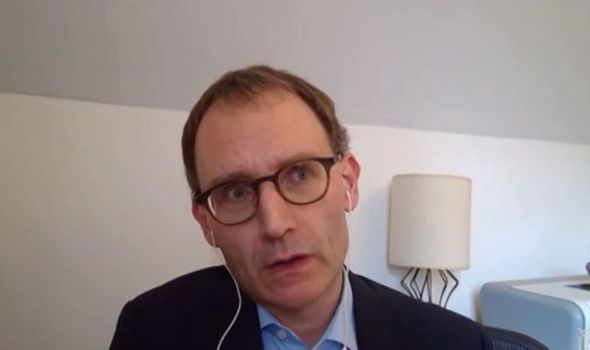 He added: “We really need good surveillance within the country at a much earlier point than we actually had in March last year.”

Sage member Professor Susan Michie, of University College London, later said the Government had “side-stepped” the science – and cited the moving from a two-metre rule to a one metre-plus rule.

She said: “The Prime Minister said he set up a Downing Street review of some scientists and economists and…on the basis of that, they changed to one metre-plus.”

She told Sky News Sage was not told who was on the review, adding: “So that’s an example where, when the science didn’t suit, the Government side-stepped it.”