Prince Edward and Sophie Wessex arrive for wedding in 1999

Aged 96, the Queen is experiencing episodic mobility issues of late, but Prince Edward and Sophie, Countess of Wessex have been at the Queen’s beck and call and they regularly fill in for her in the UK and abroad. The Queen has travelled to Scotland this week for the annual Holyrood Week of engagements, and her beloved son and daughter-in-law have been present to support the monarch with her royal duties.

On Monday, the Queen stood with Edward and Sophie outside the Palace of Holyroodhouse, the monarch’s official Scottish residence, for the Ceremony of the Keys.

And while the Queen is not expected to attend the Holyroodhouse garden party today, Sophie and Edward will join Prince Charles and Princess Anne as hosts at the fixture.

In the last few months alone, Sophie and Edward have been entrusted to represent the Queen in Cyprus, Gibraltar and on their own Platinum Jubilee tour of St Lucia, St Vincent & the Grenadines and Antigua & Barbuda.

The pair also took on high-profile roles over the Platinum Jubilee weekend, attending the Platinum Party at the Palace, Trooping the Colour and a local jubilee event in Windsor. 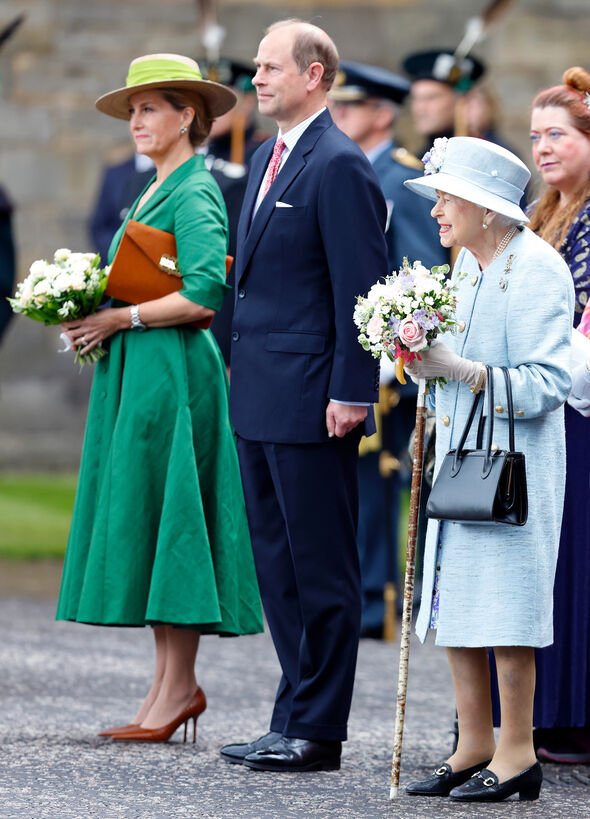 The Queen is thought to be particularly close to her daughter-in-law, especially after the death of her beloved consort Prince Philip last April.

Royal expert Phil Dampier told New Idea’s Royals Monthly earlier this year: “Sophie has been a firm favourite of the Queen for some time.

“And she is even closer to Her Majesty now after the death of Prince Philip. She visits her mother-in-law regularly and is always there for her.”

The Wessexes are perfectly placed to support the Queen at their home of Bagshot Park, as it is only a short drive away from the monarch’s Windsor base.

But the Earl and Countess were not always as comfortable as they seem to be now under the royal spotlight, and both initially held on to their own careers after marriage in 1999.

After a short stint in the Royal Marines, Edward pursued a career in theatre and television and set up his own company, Ardent Productions.

Sophie worked in PR and established her own agency, RJH Public Relations, with her business partner, until a media sting in 2001 saw Sophie allegedly lured to a meeting with an undercover reporter.

Sophie released a statement at the time that read: “I am deeply distressed by the carrying out of an entrapment operation on me and my business. 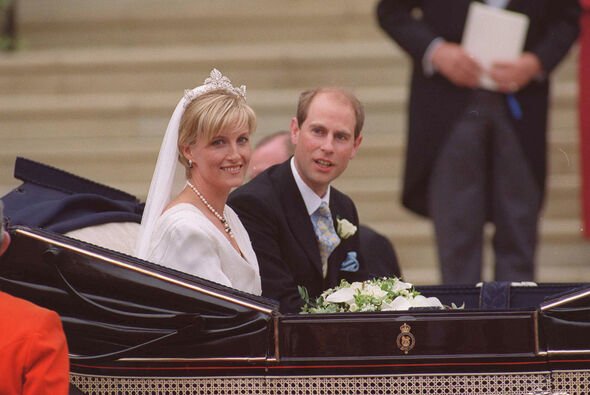 “But I also much regret my own misjudgement in succumbing to that subterfuge.”

In 2002, Sophie and Edward left their careers behind to support the Queen full time during her Golden Jubilee year, and they have remained working members of the Royal Family in the two decades since.

As a working royal, Sophie has championed causes that help protect women from violence, along with charities related to young people and children.

And Edward has continued the legacy of his father Prince Philip with his involvement with the Duke of Edinburgh Award scheme, in addition to pursuing engagements centred on the Arts.