A sculpture of a Black Lives Matter protester has been erected in secret on the same Bristol plinth from where the statue of slave trader Edward Colston was toppled last month.

The monument, a black and resin steel piece, was installed just before 5am on Tuesday without the knowledge of Bristol City Council.

It depicts the moment black protester Jen Reid stood on the empty plinth during a Black Lives Matter march after the statue of Colston was toppled, dragged to the city harbour and dumped into the water.

The Colston statue was specifically dropped into the water at Pero’s Bridge – which was named after an enslaved man called Pero Jones, who lived and died in Bristol. 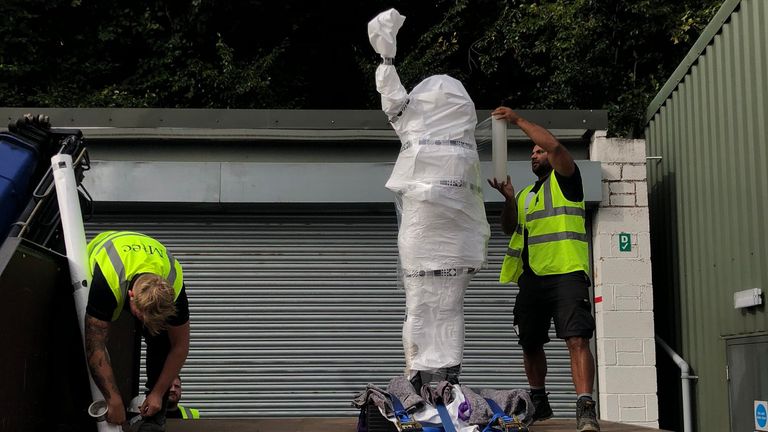 Naming the new monument A Surge of Power (Jen Reid), artist Marc Quinn told The Guardian Ms Reid had created the sculpture with her actions, and that he was just “crystallising it”.

He added that surveys and health and safety checks had been carried out, and that the installation had been made “extremely difficult to move”.

Bristol Mayor Marvin Rees had previously said that any decisions on what to do with the empty plinth would be subject to democratic decisions and would undergo consultation.

Ms Reid, who was pictured standing in front of the installation with her fist in the air after it was installed, said she couldn’t see it being taken down any time soon.

She told the newspaper: “It’s just incredible. This is going to continue the conversation. I can’t see it coming down in a hurry.” 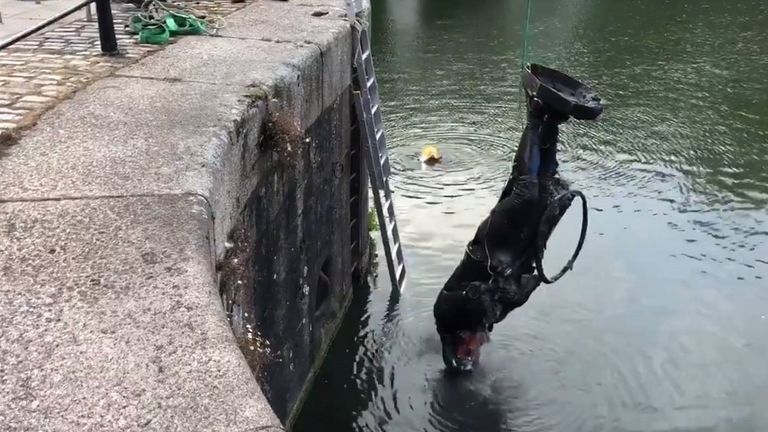 Meanwhile, the Colston statue is due to go on display at a museum alongside placards used during Black Lives Matter protests.

It was fished from the bottom of the harbour on 11 June, several days after it was toppled.

Previous works of Mr Quinn’s include self-portrait Self, and a sculpture entitled Alison Lapper Pregnant for the fourth plinth in Trafalgar Square.