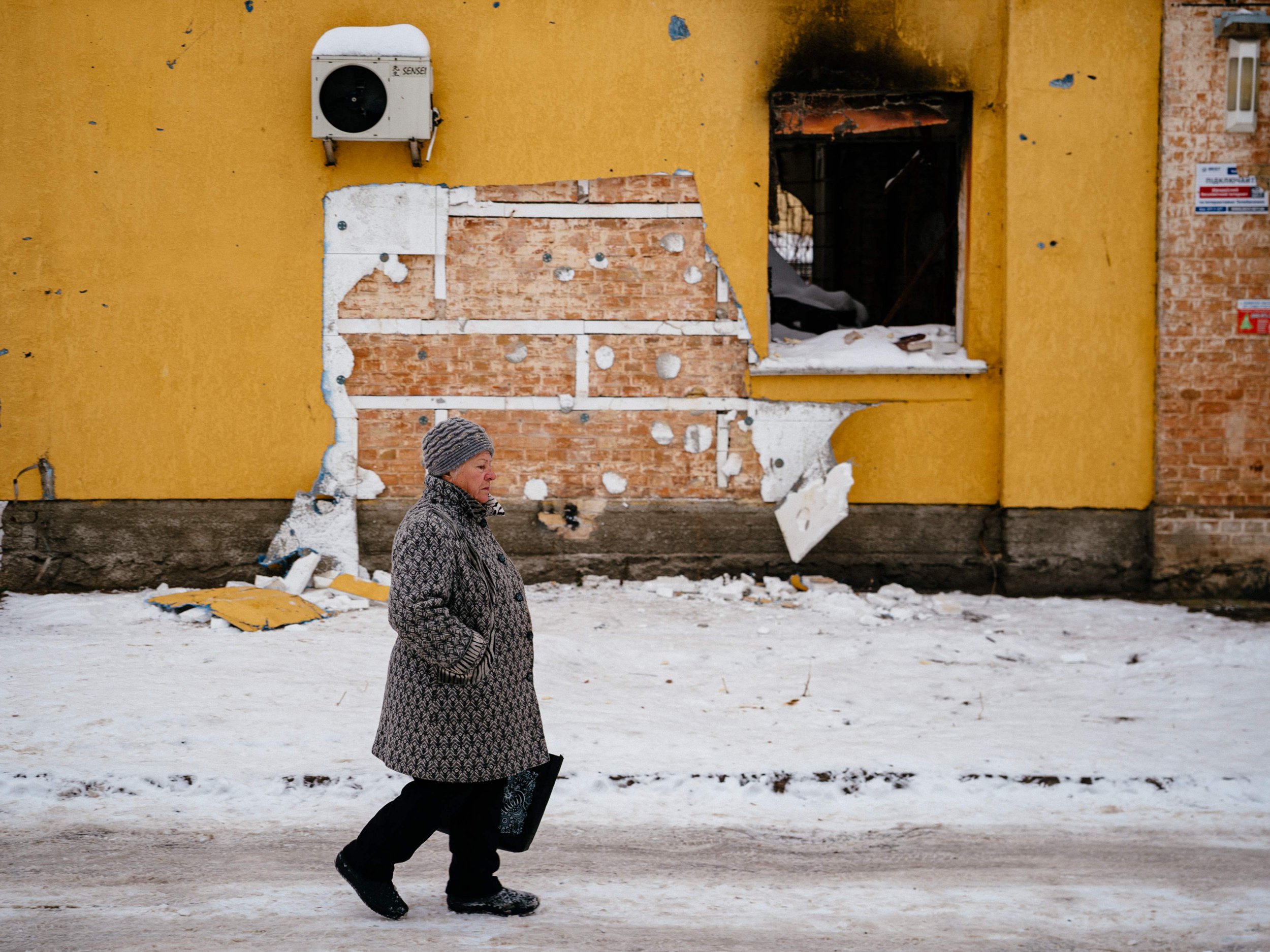 Eight people suspected of trying to steal a Banksy graffiti from Ukraine have been detained.

Painted on the wall of a building damaged by Russian bombs, the stencil image of a woman in a nightgown and gas mask holding a fire extinguisher went missing on Friday.

Authorities said the group ‘mercilessly cut down’ the artwork in the war-torn city of Hostomel, near Kyiv.

The head of the Kyiv Police Department, Andrey Nebitov, said in a statement on Telegram: ‘A group of people dismantled the painting of the world-famous artist.

‘They tried to transport it with the help of wooden boards and polyethylene, but were exposed by the police and security forces.’

Police published images of the yellow wall in Hostomel, with a large patch cut all the way back to the brickwork.

A number of people were arrested at the scene and authorities are considering what charges to file against them.

Mr Nebitov said that as part of the investigation, ‘an art expert examination’ will be conducted on the mural.

Meanwhile, governor of Kyiv Oblast, Oleksiy Kuleba, confirmed it is still intact and under police protection.

‘These images are, after all, symbols of our struggle against the enemy,’ he said.

‘We’ll do everything to preserve these works of street art as a symbol of our victory.’

Last month, the anonymous artist confirmed he had created seven murals in various locations in Ukraine, including the capital, which were devastated by shelling.