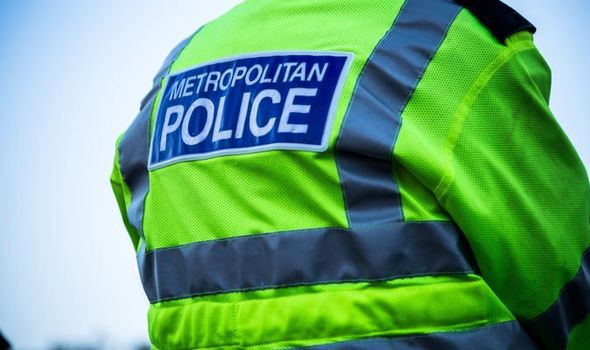 Figures from forces show there were at least 29,000 attacks on police officers, special constables and police community support officers in 2021 – but experts believe the true number is higher. Some were beaten, stabbed or run over. Others were kicked, punched, or coughed or spat at by people claiming to have coronavirus. Senior officers say the pandemic is a significant factor.

As well as thugs using Covid as a “weapon” they are having to deal with violent people suffering mental health issues caused or exacerbated by lockdown restrictions.

A rise in protests, including those by anti-vaccination, climate change and Black Lives Matter activists, also increases the risk of violence.

The worst-hit force was Cambridgeshire, with a 121 percent rise in attacks this year.

Chief Constable Nick Dean said: “The nature of assault can really range from very serious to what we class as lower-tier assaults, such as being pushed or kicked or – what is very prevalent – being spat at.

“None of that, at any level, is acceptable within policing.”

One new Cambridgeshire recruit was so badly beaten in February, he suffered a bleed on the brain. It will be a year before he can work again.

He was dealing with a domestic dispute in Peterborough when he was hit over the head by an attacker with mental health issues. Mr Dean said: “There’s no prouder moment as a chief than to welcome new officers.

“But when you see…they have encountered a violent incident as a result, then it does have an impact.”

Mr Dean added: “People are suffering much more from mental health and wellbeing issues, which have clearly increased during lockdowns and the restrictive periods.

“I think the opening up of the night-time economy, with drugs and alcohol prevalent within that environment, is also an issue.”

Many forces have suffered a rise in attacks over the last 12 months.

The highest after Cambridgeshire were Dorset, which experienced an 80 percent increase and, Merseyside where attacks on police were up by 41 percent.

The National Police Chiefs’ Council said: “Police officers and other emergency services workers should not have to face violence, abuse or threats of any kind. It’s not acceptable and…we will not hesitate to prosecute anyone who uses violence against frontline staff.”