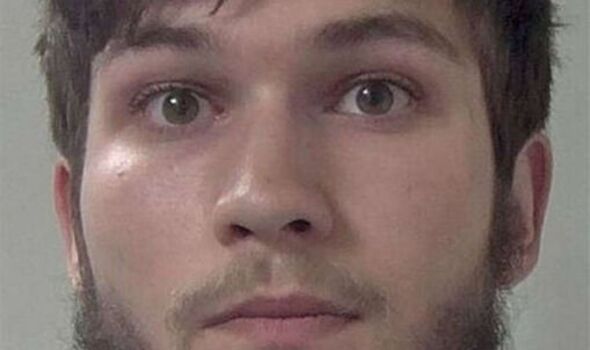 Patricia Castle, 83, is too frightened to open a window – even during the recent heatwave – after a teenage intruder “violated” her home.

The bed-bound pensioner was asleep when Kristian Gazi, 18, crept into her sheltered accommodation flat, rifled through her handbag and stole her bank card, savings book plus £15 cash.

He spent her money on wine, food and taxis while she was left struggling to cope with the impact of his crime.

Gazi was jailed for 15 months after admitting fraud and the burglary in May at Dover in Kent.

Patricia, in a statement read to Canterbury Crown Court, said: “This incident has left me feeling a lot more afraid in my flat. I can’t open my windows and doors myself.”

“I feel violated in my own safe space – not knowing how long I have left to live.”

“I should be concentrating on my terminal illness and health needs. I feel like a prisoner.”

She also described her fears of criminals accessing her bank account and she told how she now regularly checks her online savings for signs of unusual activity.

Trevor Wright, defending, claimed Gazi was unaware of Miss Castle’s medical condition or that she was living in supported accommodation, adding: “He is deeply sorry and full of remorse. He wishes to write to Miss Castle for the distress he caused her.”

But Gazi, appearing by prison video link, showed no emotion as Judge Mark Weekes said: “You entered that property and intended, and did, steal property from it.”

“It was mean offending, even if you did not know the property was, in fact, sheltered accommodation.”

Patricia’s poignant statement in court on Monday comes at a time of a national outcry over failings by police to deal with the scourge of burglary and other serious crime.

For, while the pensioner’s assailant was caught, she continues to live in fear.

Andy Cooke, Chief Inspector of Constabulary, said in a report last week that victims were being denied justice. He claimed that catching an offender was a “rare event” and the number of suspects prosecuted was “pretty dire”.

Mr Cooke went on to state: “The current low charge rates are unacceptable and unsustainable.”

“There needs to be a concerted drive to address this issue as it directly affects the public’s confidence in the police’s ability to keep them safe.”

Figures revealed that suspects are charged in only 3.7 percent of domestic burglary cases, seven percent of robberies and four percent of thefts.

Mr Cooke urged chief constables to get “back to basics”.

His words echoed those of Conservative leadership hopeful Liz Truss, who launched just such a crime strategy last month.

Her initiative is aimed at guaranteeing every domestic burglary victim will be visited by a police officer.