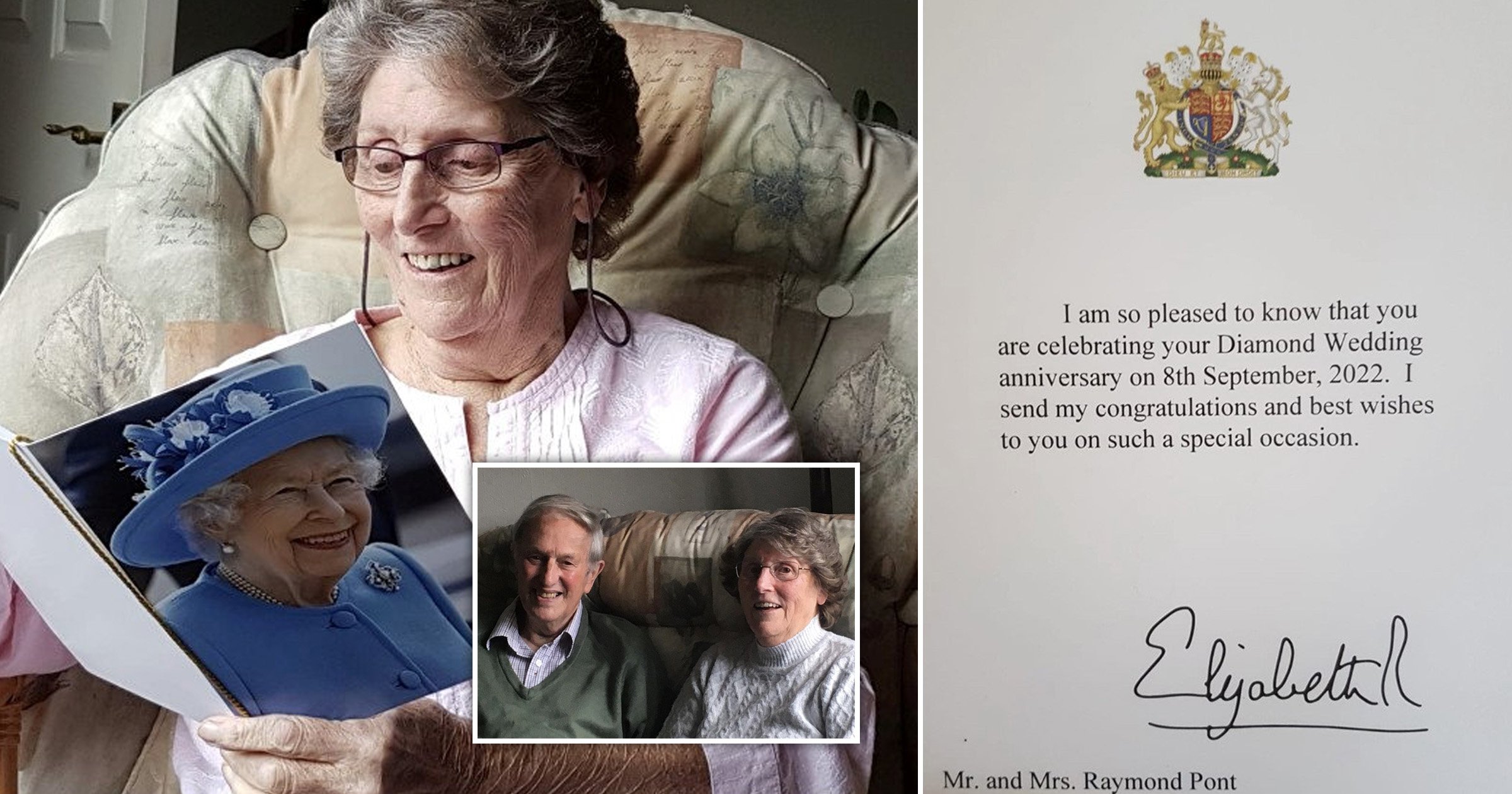 An elderly couple says they feel ‘privileged’ to receive one of the last hand-signed cards from the Queen.

Tricia Pont, 81, and her husband Ray, 84, opened the message for their 60th wedding anniversary on Thursday, the day Her Majesty died.

Thrilled at the special gesture, they then headed out for a celebratory lunch.

But when they returned home, the news broke that Britain had lost its monarch of 70 years.

The heartbroken pair, from Godalming in Surrey, say they will now treasure her words forever.

Revealing they were both tearful at the news, Ray said: ‘It makes the card even more precious and poignant as we were one of the last people to get correspondence from her.

‘We are big supporters of her, she is a great role model for the whole nation and she was admired for her stoicism. She was really committed.’

All couples who reach their diamond wedding anniversary can receive a card of congratulations from the country’s monarch, now King Charles III.

Pictures show the card features a smiling picture of the previous head of state, whose own marriage to Prince Philip lasted 73 years.

It reads: ‘I am so pleased to know you are celebrating your Diamond Wedding Anniversary on 8th, September 2022.

‘I send my congratulations and best wishes to you on such a special occasion.’

Ray, a retired surveyor, said he and his wife were ‘delighted’ and ‘so excited to open it’.

‘I thought it would be such a lovely moment for our family’, he said.

‘We then went out to have lunch together and when we were there my phone pinged, we were told we should look online as something was wrong with the Queen. Obviously, that bought darkness on our lunch.’

The couple experienced a day full of ‘mixed emotions’ as they happily watched their granddaughter’s graduation in the afternoon but later learned of the Queen’s death while watching TV.

Tricia, who used to work for Citizens Advice, was lucky enough to see the Queen on multiple occasions.

As a child, she was taken to London on the night of the Queen’s wedding to the Duke of Edinburgh in 1947.

She also saw the monarch at a garden party for the Girl Guides Association in the late 1990s.

‘The Queen was just charming. I didn’t manage to speak to her but she was lovely and sparkly’, she said.

‘I feel very privileged to have had contact with Her Majesty.’