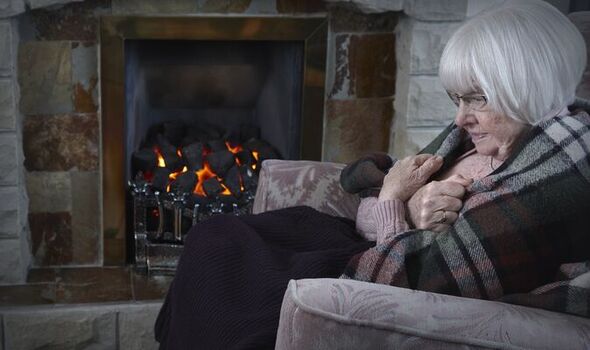 Britain’s elderly are increasingly asking “what’s the point of living?” because they feel they are being disregarded in the costs crisis, a leading campaigner for older ­people has warned. Since the start of the pandemic, many older people have formed the view that society sees them as an expensive burden – and that has not changed, said Dennis Reed, director of Silver Voices.

The elderly believe they are seen as ­“second-class citizens” and the threat of blackouts this winter has left many fearing “they will leave us there to die”.

Mr Reed also warned that the current political instability is just adding to people’s worries, as they are clueless if the pension triple lock and health and care services will be protected by the new administration.

He called for the Government to commit to reinstating the triple lock – so pension payments rise in April in line with the highest of three figures, inflation, average ­earnings or 2.5% – and bringing forward pension increases to help this winter.

He also called for targeted energy ­support for older people and an emergency plan to restore the ailing health and social care system.

Mr Reed said: “A lot of people are saying ‘they want to get rid of us to save on ­pensions’. During the pandemic that was certainly the feeling and it has continued since then.

“I do get a lot of older people saying, ‘what is the point of living? I have made my contribution to society, nobody seems to want to support me now despite that’.

“It’s a pretty miserable situation and, unfortunately, a lot of older people just accept their lot and sit there.

“And that’s why they can easily be dis­regarded – because they don’t express their frustrations other than through organisations like us.

“They don’t want to moan, even if they are depressed.”

He said that older people now feel they are “being treated as second-class citizens and that if anybody needs to suffer, it’s always going to include older people”.

Mr Reed believes the current energy support for older ­people is insufficient for those state pensioners who had small occupational pensions but are just above the pension credit limit and still struggling with bills.

People already were not putting on their heating or using the oven, and he said: “It’s a really pitiful situation to be in as winter approaches.

“There is not a great deal of confidence in the senior citizen community that their lot is going to improve any time soon, and instability just adds to people’s worries. But that is true for everybody in the country.” He said that nobody in Government is ­reassuring older and vulnerable people that they will be protected if there are rolling power blackouts.

“I don’t see any contingency planning going on and that’s worrying. Again, older people are saying they will be left there to die, as they were in the pandemic.”

He warned: “Another age of austerity will affect older people probably more than anybody else, because our health and social care system is in such a teetering state that any further so-called ­economies and restrictions on spending will probably send the whole thing into meltdown.

“All the fuss around the triple lock has shown, at least for the Conservatives, that older voters are very significant in their thinking. I hope that is actually reflected in the
new Government, that the older people’s agenda is pushed up a bit in the
pecking order.

Mr Reed added: “We would like to see a commitment to the triple lock and more targeted energy support for older people.

“And we definitely want to see an emergency plan to restore our health and social care services.

“Our short-term request would be for the triple lock rise to be brought forward to now,” he added.