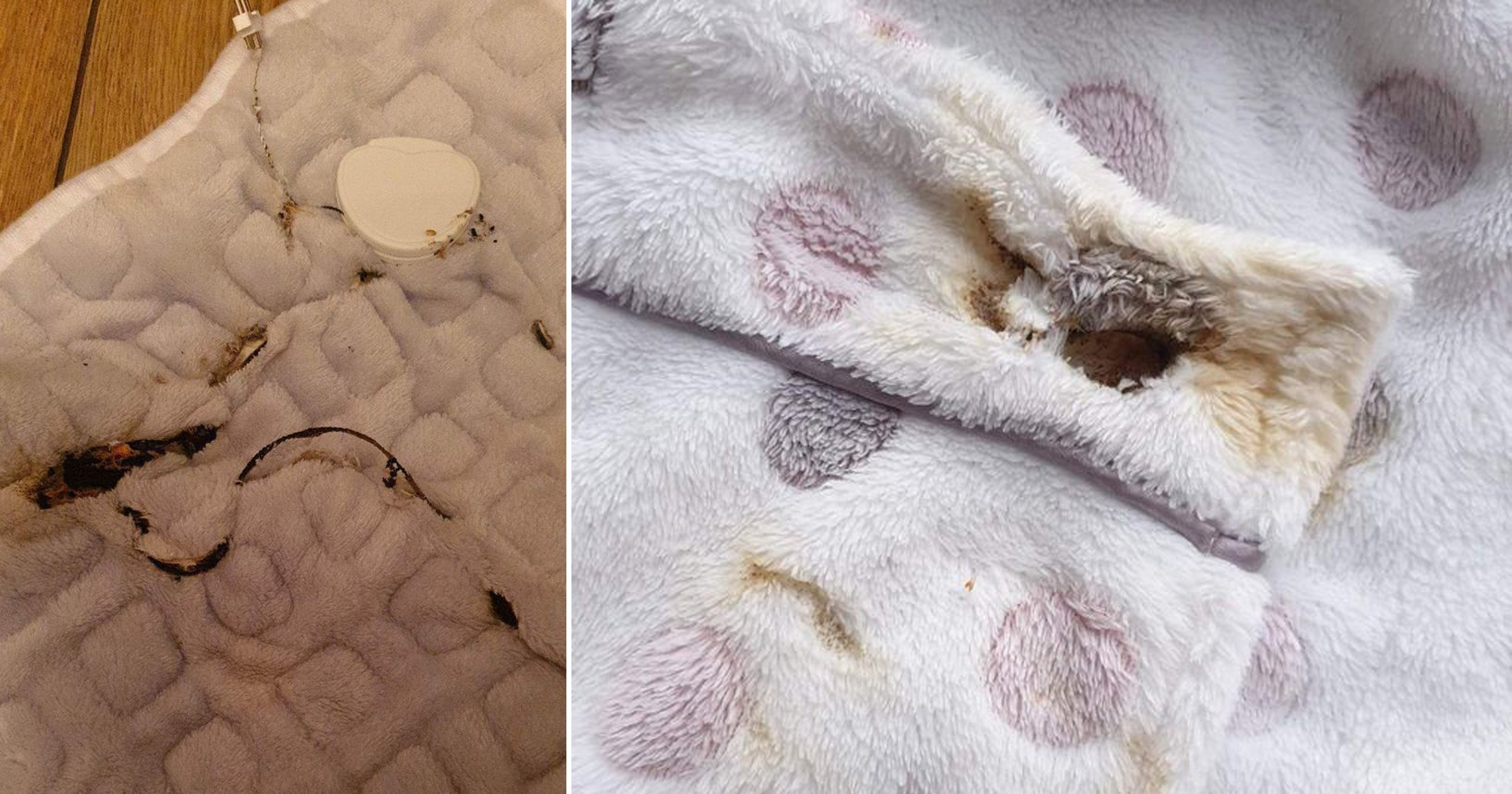 An electric blanket went up in flames on a woman’s lap after she was gifted it to help keep her energy bills low.

Lesley Redgrift, 65, was watching TV at her home in Grimsby when she noticed smoke rising from the item.

She realised that it was on fire after lifting it up and instantly sprung into action.

After racing outside, she chucked it on the ground and stamped on it – and escaped with only a hole in the pocket of her dressing gown.

But the incident, around 8.30pm on January 18, left her ‘shaken up’ and reluctant to use another electric blanket amid the cost of living crisis.

The product is said to have been bought as a birthday present by her daughter Tina from the Online Home Shop on eBay – which ‘immediately sent over a refund’.

It has been removed from Online Home Shop, and Lesley says she was told to choose a dressing gown from their website at no cost.

But Tina ‘dreads to think if that was an elderly lady or someone in the wheelchair – they’d have no chance’.

She added that she feels ‘guilty’ as she ‘nearly set her mum on fire for her birthday’ – but Lesley has apparently joked ‘it’ll take more than that to kill me off’.

Describing the scary encounter, Tina said: ‘She had a thick dressing gown on and it burned the pocket of her dressing gown. It didn’t even shut off.

‘She quickly unplugged it and ran outside the back patio out the back and chucked it on the ground and just stamped on it.’

She continued: ‘She was absolutely shaken up, she wouldn’t buy one again. She’s now very cautious of her other electric blanket which she has on her bed, but she’s had that a few years.

‘My dad has one of those blankets but it’s a different one, a really expensive one, but he now switches it off when he goes outside for a cigarette because you just don’t know.

‘It was only a couple of nights before that I had slept over at my parents house and I had the new electric blanket on me while I was asleep. It’s scary.’

Trading Standards and the Online Home Shop on eBay have both been contacted for comment.