Despite reportedly falling out, Elton and Diana remained firm friends, until she was involved in a Paris car crash in 1997, which led to her death. As well as being close to Diana, Elton also has a special attachment to her sons William and Harry, and was invited to perform a heartbreaking piece when the Princess of Wales’ funeral was broadcast to the world. It was this moment that Elton recalls as one of his most difficult, claiming he “wasn’t suffering from stage fright” but feared he might sing the wrong song at the funeral.

An estimated 2.5 billion people tuned in to watch coverage of the September 6 funeral, which saw Elton perform a reworked version of his track ‘Candle in the Wind’.

The piece would be released to raise money for charities in Diana’s name, eventually becoming one of the biggest selling singles of all time.

But in the moments before his performance, Elton admitted to breaking one of his golden rules of performing by using a teleprompter during the performance. 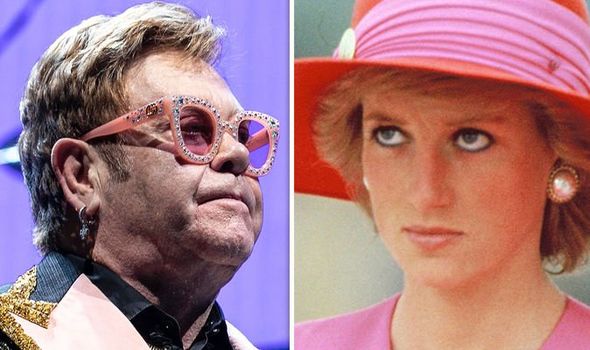 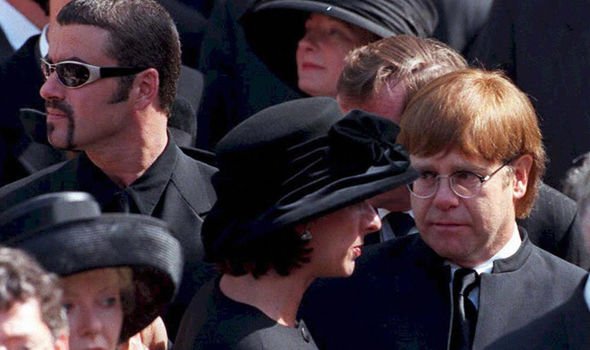 Writing in his 2019 memoir ‘Me: Elton John Official Autobiography’, the rock legend said: “Up until then, I’d been against their use.

“Partly because it seemed antithetical to rock and roll’s spontaneous spirit — I’m pretty sure Little Richard wasn’t reading off an Autocue when he recorded Long Tall Sally — and partly because I just thought: Come on, do your job properly.”

He added: “I’d performed Candle In The Wind hundreds of times. It wasn’t beyond the realms of possibility that I might lose myself in the performance, forget about the teleprompter and start singing the original lyrics.”

Elton confessed to being worried about singing the original lyrics of the song, which made sexual references to Marilyn Monroe. 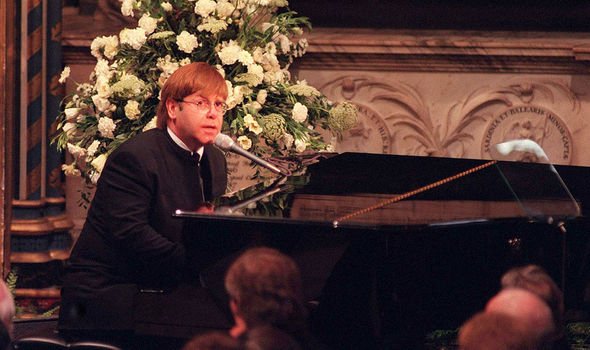 He claimed that if he got it wrong it would be “appalling” as “huge chunks of the lyrics were completely inappropriate for the occasion”.

Elton was also enraged by the manner in which Prince William and Prince Harry were treated on the day of the funeral.

Iconic images still resurface on the anniversary of Diana’s death, which show the two young princes walking behind their mother’s coffin as mourners gather on the streets of London.

Her coffin was carried from Kensington Palace on a gun carriage, along Hyde Park to St. James’s Palace. 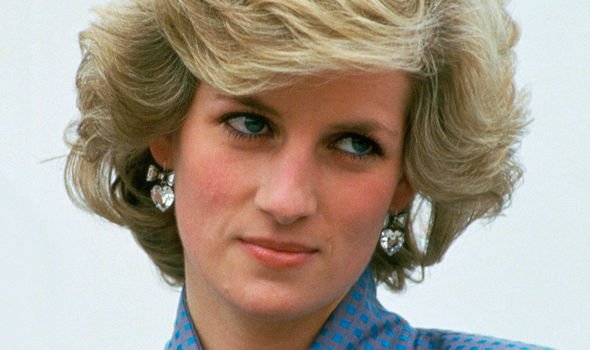 Thousands lined the streets, to pay their respects to the woman universally known as the “People’s Princess”.

But Elton was incensed by the young royals’ treatment and added: “I thought the way they were treated that day was absolutely inhuman.

“They were forced to walk through the streets of London behind their mother’s coffin, told to show no emotion and look straight ahead.

“It was a horrendous way to treat two kids who’d just lost their mum.”