Castletown D-Day Centre, which is on the Isle of Portland in Dorset, is closed today and swimming lessons have been cancelled at the adjacent leisure centre as police investigate an incident. Residents have shared their concern about the incident, which has caused the closure of several roads in Castletown, a historical coastal village.

Speaking at around 2.30pm today, police confirmed the investigation happened as a result of the discovery of a grenade.

A spokesperson for Dorset Constabulary said: “Dorset Police received a report at 12.09pm on Wednesday 20 July 2022 of a grenade being handed in to an address in Castletown on Portland. Officers are currently in attendance and are liaising with the EOD (Explosive Ordnance Disposal). A 50 metre cordon has been put in place.”

One man told Dorset Live: “I’m unsure what happened but I cannot get to the road. I just hope everything is okay.”

A couple visiting the area, who are from Wales, said their vehicle is in a car park and they cannot reach it. They are sat on a bench with their two dogs. 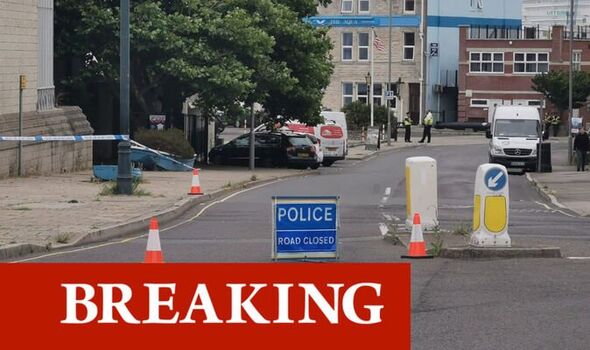 A message on the Castletown D-Day Centre Facebook page reads: “Due to unforeseen circumstances the D-Day Centre is closed for the rest of today. We apologise for any inconvenience caused. We should be back open tomorrow.”

Osprey Leisure Centre, which is nearby, is open but has cancelled swimming lessons today.

“We haven’t been told much but we are staying open until we are told to shut. But we won’t be able to have our swimming lessons due to the backlog in traffic,” a member of staff said.

Portland Harbour, in between Portland and Weymouth, is one of the largest man-made harbours in the world. The harbour was made by the building of stone breakwaters between 1848 and 1905.