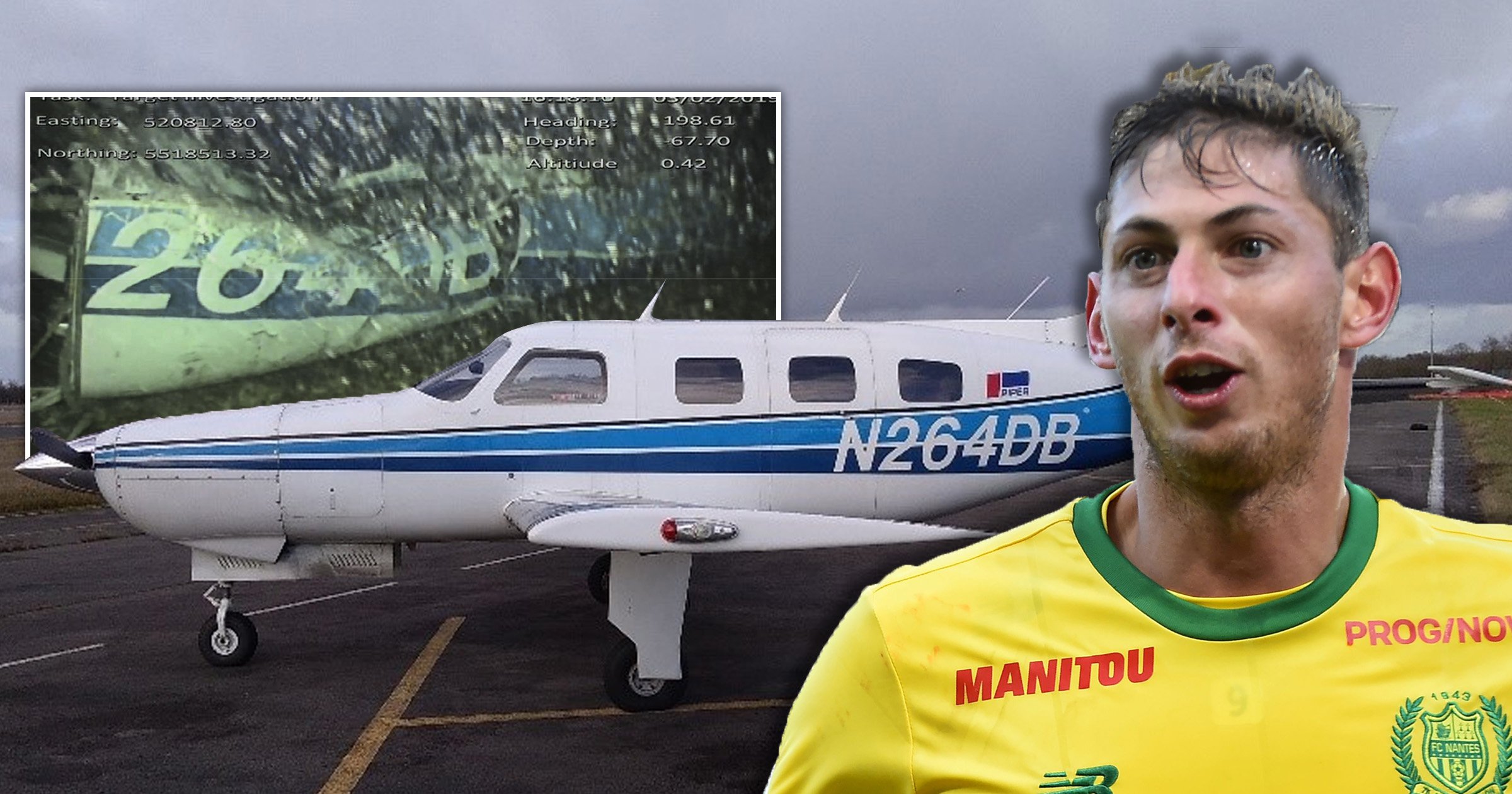 The pilot transporting Premier League footballer Emiliano Sala from France to Wales described the plane as ‘dodgy’ before it crashed in the sea.

The Argentina-born player died in the English Channel disaster in January 2019, with his decomposing body discovered in the wreckage nearly three weeks later.

An inquest in March found the 28-year-old died from head and chest injuries, but was deeply unconscious, having been poisoned by fumes from the faulty exhaust system.

Pilot David Ibbotson was also killed in the incident near Guernsey but his remains were never discovered.

Newly released audio from the BBC’s podcast series ‘Transfer: The Emiliano Sala Story’ reveals that the 59-year-old had serious concerns about the Piper Malibu jet.

‘I picked a footballer up from Cardiff,’ he told his friend Kevin Jones in a voicemail.

‘He’s just been bought from Nantes for, I think it was about, £20 million worth or something.

‘They’ve entrusted me to pick him up in a dodgy (aircraft).

He added: ‘Normally, I have my lifejacket between my seats but tomorrow I’m wearing my lifejacket, that’s for sure.’

Mr Ibbotson was only an amateur pilot and was not allowed to carry passengers or fly at night.

Before departing Nantes, where he picked up the striker, he told Mr Jones he heard ‘a bang’ during the outward flight.

‘I’m mid-Channel and “bang”,’ the pilot said in the disturbing recording. ‘I’m flying along and then “boom”. I thought, “what’s wrong”.

‘So I put everything forward and checked my parameters, everything was good and it was still flying, but it got your attention.’

He added: ‘That Malibu, occasionally you’ve got like a mist every so often. You can feel it, very, very low throughout the airframe.’

After realising the plane’s left brake pedal was not working when he landed at Nantes Atlantique airport, he stressed to his friend that the aircraft ‘has got to go back in the hanger’.

Mr Ibbotson had reported the loud bang between Cardiff and Nantes to David Henderson, the businessman who organised the doomed flight.

But an engineer was never asked to investigate when the plane landed in France.

Henderson, a former RAF officer, managed the single-engine aircraft on behalf of its owner and arranged flights, pilots and maintenance, despite not being the legally registered operator.

Last year, he was jailed for 18 months after being convicted of endangering the safety of an aircraft by using Mr Ibbotson’s services when he knew he did not have the relevant licences.

He admitted a further offence of trying to arrange a flight for a passenger without permission or authorisation.