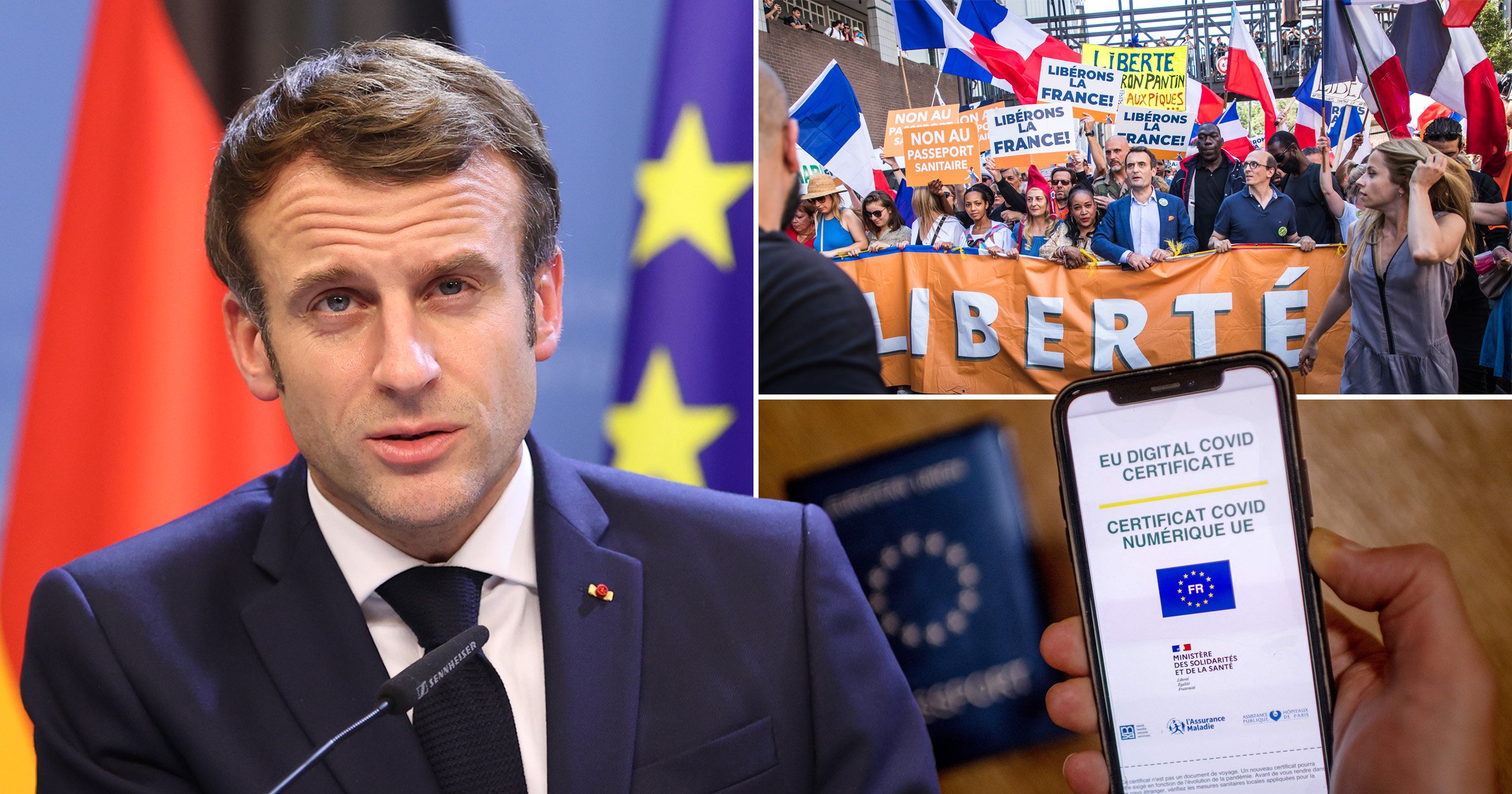 French President Emmanuel Macron said on Tuesday he wanted to ‘piss off’ the unvaccinated by banning them from public venues including restaurants, cinemas, museums and sports arenas.

The remark, published in an interview with the Le Parisien newspaper, prompted howls of condemnation from opposition rivals less than four months before the next presidential election.

He is quoted as saying: ‘The unvaccinated, I really want to piss them off. And so, we’re going to continue doing so, until the end. That’s the strategy.’

Under current coronavirus controls, people can only enter such venues if they can produce a health pass showing proof of vaccination or a negative PCR test.

But the government wants to go even further by introducing new laws to turn it into a so-called vaccine passport, meaning only those who have had their jabs can get one.

By removing the option of displaying a negative test result, it would effectively ban the unvaccinated from hospitality venues as well as transport links, such as regional trains and buses and domestic flights.

The legislation has faced fierce resistance from anti-vaccination campaigners, as well as far-right and far-left groups.

Rather than forcing France’s five million unvaccinated into having the jab or prosecuting them if they refuse to, Mr Macron said he intended to irritate them into acquiescing.

He went on: ‘I won’t send (the unvaccinated) to prison, I won’t vaccinate by force.

He used the expression ‘emmerder’, from ‘merde’ (shit), which can also be translated as ‘to get on their nerves’, and is considered ‘very informal’ by French dictionary Larousse, prompting immediate criticism by rivals on social media.

Far-right leader Marine Le Pen said on Twitter: ‘A president shouldn’t say that. Emmanuel Macron is unworthy of his office.’

On the far left, presidential candidate Jean-Luc Melenchon asked: ‘Is the president in control of what he says?’

Mr Macron’s supporters suggested the president simply expressed out loud what some vaccinated people already think about the unvaccinated, in a country with bitter divides over the issue.

France reported a record-smashing 271,686 daily cases on Tuesday as Omicron infections race across the country, placing huge pressure on hospital staff and threatening to disrupt transport, schools and other services.

Mr Macron’s government is straining to avoid another economically damaging lockdown that could hurt his chances of re-election.

Ministers are instead trying to rush the vaccine pass bill through parliament in the hope that it will be enough to prevent hospitals becoming overwhelmed.

More than 20,000 people are in hospital with Covid-19 in France, a number that has been rising steadily for weeks but not as sharply as the country’s infection rates.

Most virus patients in ICUs are not vaccinated against the coronavirus, though 77% of the French population has had at least two doses.