A stolen dog has been reunited with her family – eight years after she was taken from their front garden.

Cassie was just a puppy when she was snatched from outside her home in Sussex in 2013. Her heartbroken owners thought they would never see her again, but were shocked when Cassie was returned – with her three puppies in tow.

The emotional reunion was captured on police video and shows her overjoyed family bursting into tears as they set eyes on the cocker spaniel leaping from the back of a van.

Despite warnings that Cassie may now be a different dog to the one they remember, she has settled back in ‘very well’ with her original owners who are ‘absolutely thrilled to have her home after so many years’. 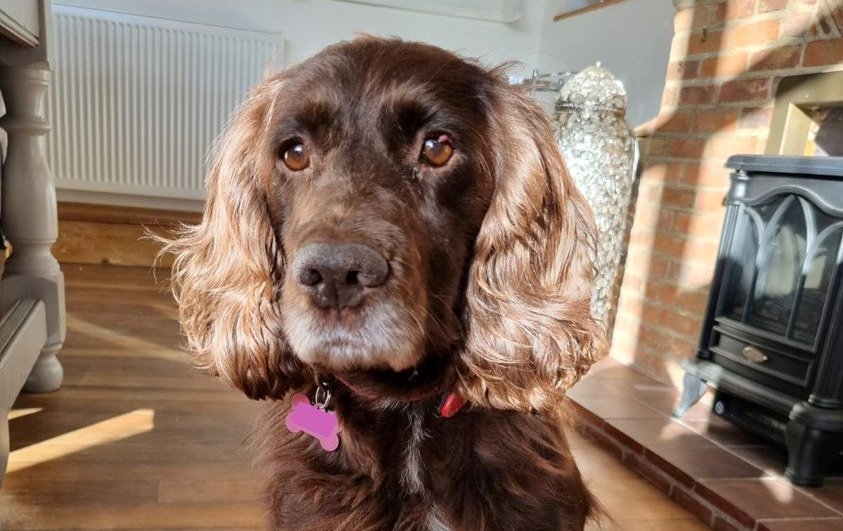 Cassie was found during police raids on a series of puppy farms in November following a tip off from a member of the public about a stolen dog.

She was recovered safely along with three puppies who are thought to be hers and that have now been found forever homes of their own.

The family said in a statement: ‘We are so thankful to have our Cassie back home, after eight years since being separated from her. Cassie has settled in very well and is enjoying her daily walks.

‘As for the three puppies, they have all gone to good homes and are loving their new set family life.

‘It’s a priceless Christmas present to us as a family and we want this to bring hope to others who have had their dog lost or stolen.

‘Finally, we would like to thank the police and everyone involved in helping us retain Cassie and her puppies back to us.’

In the wake of Cassie’s case, one of the few to have such a happy ending, Sussex Police warned potential buyers to be on the lookout for dogs sold from puppy farms.

Oliver Fisher, Sussex Police Rural Crime Team Inspector, said: ‘As is often the case, it was useful information from the public that assisted us and we are grateful to them as ever for coming forward.

‘Dogs can go missing on occasion, but it is extremely rare for dogs to be stolen.

‘I would like to reassure the many thousands of dog owners in the county that with simple precautions, you need not fear this crime.’

Mr Fisher urged owners to microchip their dogs, keep an up to date photo of them, and in the event it goes missing, tell the microchip company straight away and pass a photo on to police.

A RSPCA spokesman added: ‘We assisted police officers as they executed warrants following information related to a stolen dog and were pleased to recover Cassie – and three puppies – and return her to her owners who were absolutely thrilled to have her home after so many years.

‘The demand for pets has surged in recent years, particularly during lockdown and, as such, it appears that pet theft has become rife.’