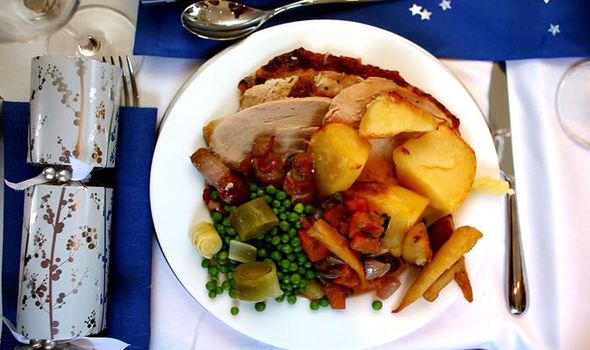 Almost three-quarters of people (74 percent) polled by Ipsos Mori said it was acceptable for non-vegetarians to have a meat other than turkey for the Christmas dinner.

People who consider it a chore to stay up late on New Year’s Eve will be glad to know that 61 percent of respondents said it is okay to go to sleep before midnight.

Monarchists may be alarmed to hear that almost as many (59 percent) said it is acceptable to miss the Queen’s Speech on Christmas Day. Remain (68 percent) and Labour voters (64 percent) are more likely to consider this acceptable than Leave voters (52 percent) or Conservatives (53 percent).

A majority also think there is no problem about returning a present that you do not like to the shop (56) percent. More than half (53 percent) also say it is fine to refuse to eat Brussel sprouts.

However, people who leave their Christmas decorations up past the first week of January have cause to worry about their neighbours disapproving. Forty-three percent say this tardinessis unacceptable.

Almost four out of 10 (39 percent) also frown on people who do not buy a present for someone who gives him or her one. A third also say it is unacceptable to overspend on an agreed “Secret Santa” budget.

The polling also looked at the vexing question of when a Christmas tree and decorations should be put up.

The first week of December was the most popular choice (34 percent), followed by the second week (19 percent) and the third week (17 percent).

Just three percent of people think it is okay to wear Christmas jumpers or clothing at any time of the year.

A third of respondents said the best time to start wearing these is the Christmas week, although 16 percent supported putting them on in the third week.

Keiran Pedley, Research Director at Ipsos Mori, said: “Whilst relaxed about certain Christmas traditions, like the turkey dinner or Queen’s speech, the public are less impressed by those that do not reciprocate gifts and those that leave decorations up into January. Not everyone is ready for the Christmas spirit though – spare a thought for the one in 10 who think it is never acceptable to wear a Christmas jumper.”