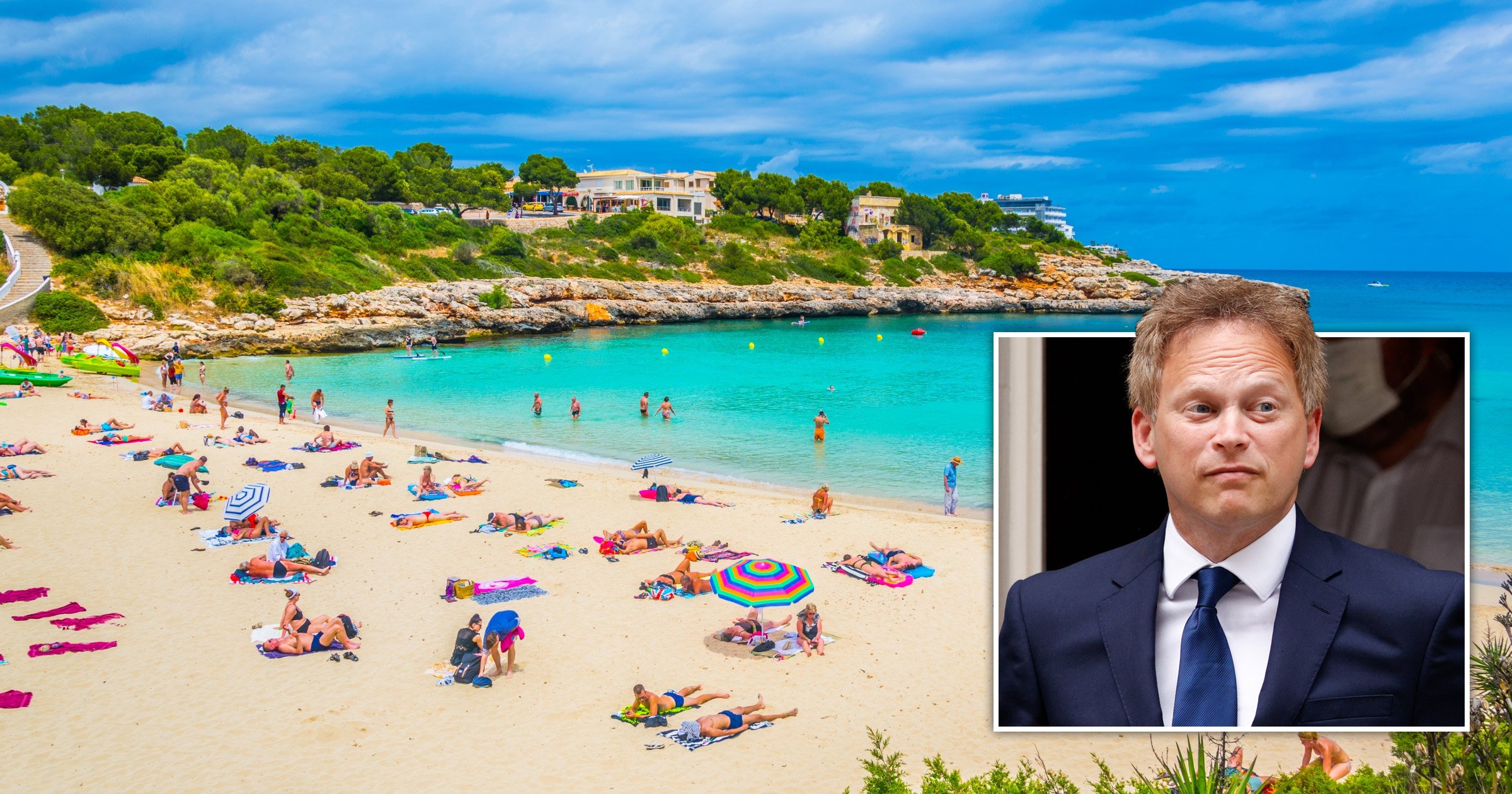 Holidaymakers have had to navigate 50 changes to international travel rules since the first coronavirus lockdown.

Travel chiefs said the number of alterations have been ‘absolutely staggering’ and called for the regulations to be simplified to ‘put an end to this constant rollercoaster of changes’.

A similar number of changes have occurred in Scotland, Wales and Northern Ireland as the devolved administrations have largely mirrored England’s rules.

The green, amber and red travel lists have been updated every three weeks since they were introduced in May. And the list of quarantine-free travel corridors changed nearly every week during its existence between July 2020 and January 2021.

The changes caused chaos for holidaymakers, with many forced to cut trips short and rush home before tougher rules for arrivals from their destination were introduced.

Transport Secretary Grant Shapps was among the thousands of UK holidaymakers caught out when Spain was removed from the travel corridors list after being on it for just 16 days.

The Cabinet minister travelled home early from his family holiday to begin self-isolating.

Mark Tanzer, chief executive of travel trade association Abta, said fears about the status of a destination being changed are ‘reducing the public’s confidence about taking an overseas break’.

He acknowledged that ‘public health must come first’, but urged the Government to be ‘much clearer about the data and rationale behind these decisions’.

Derek Jones, boss of luxury travel company Kuoni, said international travel rules are ‘as changeable as the British weather in August’, and the complexities have created ‘enormous challenges for holiday companies like ours’.

He added that customers are desperate to understand ‘the hoops they need to jump through’.

Whether travellers need to self-isolate on arrival, and what tests must be taken and when, depends on their vaccination status and if they have been in a location on the green, amber or red list.

EasyJet boss Johan Lundgren said: ‘It is no wonder that consumers in the UK are confused.

‘Now is the time for Government to simplify the rules around travel, make green truly green and restriction free, remove expensive and unnecessary testing requirements for the fully vaccinated travelling from amber countries, and put an end to this constant rollercoaster of changes.’

Paul Charles, chief executive of travel consultancy The PC Agency, described the number of changes to the travel rules as ‘absolutely staggering’.

He said: ‘Every time there’s a change in the traffic lights or the policy itself that has a huge impact not just on consumers, but also on the travel sector itself, which has had to go through this turmoil over the last 18 months or so.

‘It has been one of the worst Government policies ever.’

A Government spokesman said: ‘Our top priority is to protect public health. Decisions on our traffic light system are kept under regular review and are informed by the latest risk assessment from the Joint Biosecurity Centre and wider public health factors.

‘We know this is a challenging time for the travel industry which is why we are providing an unprecedented package of support to protect jobs and businesses.’

The next update to the traffic light lists is due next week.