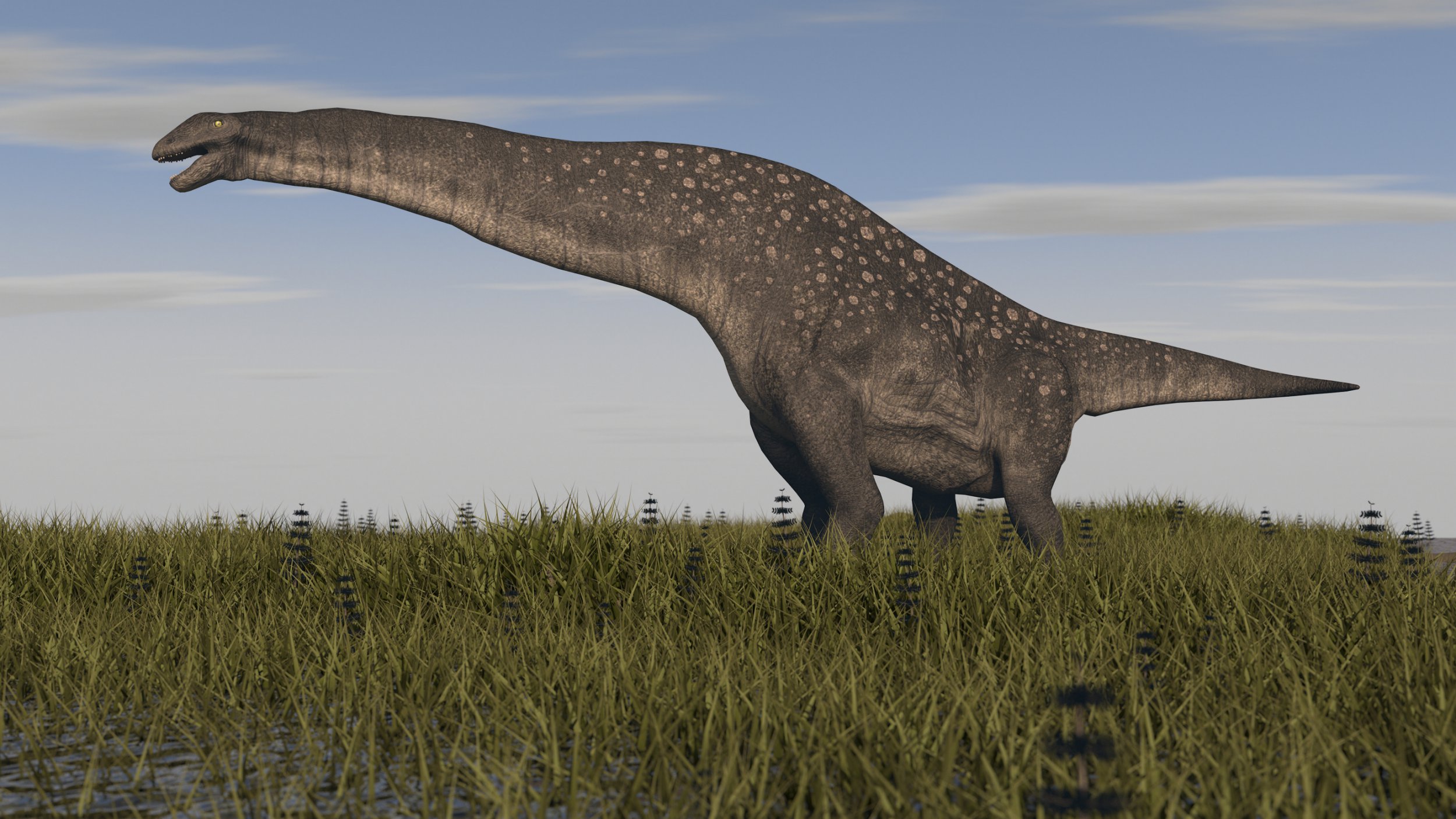 The skeleton of a gigantic prehistoric beast will soon go on display in London’s Natural History Museum.

As you’d expect from the name, the Titanosaurs was the last great group of sauropod dinosaurs before the Cretaceous-Paleogene extinction event.

The massive dinosaurs were bigger than a blue whale – currently the largest living creature on Earth.

And the Natural History Museum is going to display one of the most complete Titanosaur skeletons ever discovered. It will only just fit inside the museum’s 30ft-high Waterhouse Gallery and will be bigger than the famous Dippy the diplodocus fossil that greeted visitors to the museum for many years.

Museum fossil expert Professor Paul Barrett said: ‘Comparable in weight to more than nine African elephants, this star specimen will inspire visitors to care for some of the planet’s largest and most vulnerable creatures, which face similar challenges for survival.’

Like other sauropods, the Titanosaurs were plant-eaters with long necks and tails. However, these creatures had stockier bodies and a wider stance than other sauropods.

There are around 40 different species of Titanosaur and their fossils have been found on all continents bar Antarctica. They died out, along with the rest of the dinosaurs, around 65 million years ago.

The Natural History Museum’s fossil has been loaned to the UK from Argentina. When the creature was alive, it would have measured 121-feet long and weighed around 65 tonnes.

Dr Alex Burch, director of public programmes at the Museum says, ‘We are so excited that Patagotitan, the most complete giant dinosaur ever discovered, is making its European debut here at the Natural History Museum, the home of the dinosaur.’

‘Our fascination with dinosaurs provides the ideal opportunity to inspire and inform the next generation about the natural world, and empower them to act for the planet.’