The Duke of York knew Epstein through his friend Ghislaine Maxwell, who was Epstein’s girlfriend and alleged accomplice. Epstein killed himself in prison last year, awaiting trial for sex trafficking charges, but in July Ms Maxwell was also arrested and charged with sex trafficking crimes. Ms Maxwell has pleaded not guilty, but has been denied bail.

US prosecutors have said they wish to speak to Andrew as a witness in the case, but claim he is not cooperating.

Meanwhile, Andrew’s team said he has offered to talk three times and are “baffled” by the claim he is not cooperating.

However, in July, Gloria Allred ‒ who represents 16 alleged Epstein victims ‒ accused Andrew of playing “cat-and-mouse” with the FBI, adding that he wants the invitation on a “silver platter”. 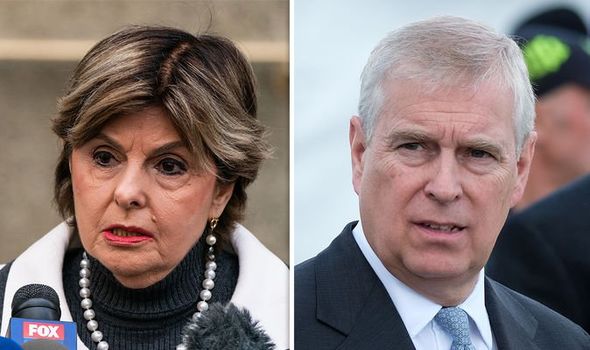 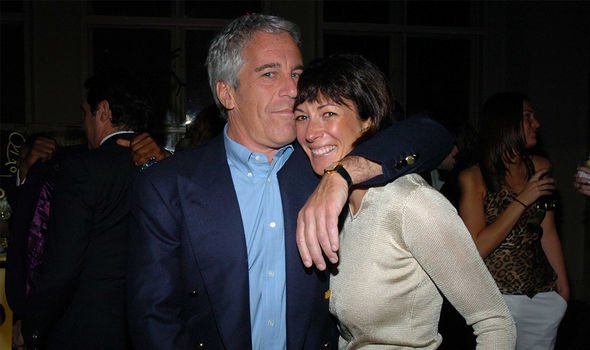 She said: “He’s playing a cat and mouse game.

“Does Prince Andrew want it presented to him on a silver platter with footmen delivering this invitation from the justice department to come and be interviewed?”

She added that more British women had come forward to make claims against Epstein’s estate.

The lawyer said: “I have now more victims contacting me in the last few days who have never come forward before.” 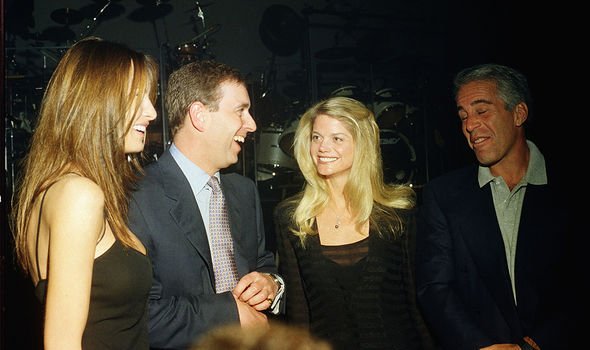 This is not the first time Ms Allred has attacked Prince Andrew’s attitude towards the investigation.

Back in January, she issued a similar statement, asking: “What else does Prince Andrew need?

“Does he need a gold-plated invitation on a silver platter?

“Rather than appearing to twist himself into a pretzel trying to come up with excuses to explain why the meeting with the FBI has not taken place, he should arrange a meeting ASAP, without conditions, without excuses and without delay. 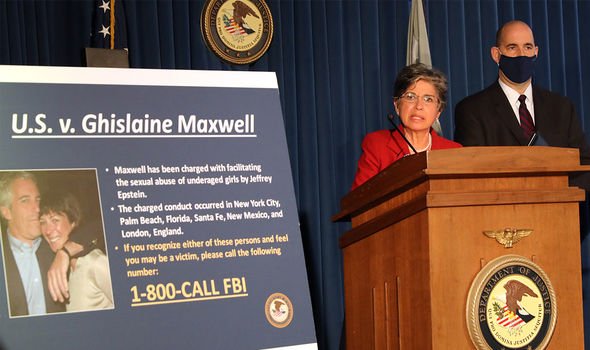 “It is time for him to put justice for Jeffrey Epstein’s victims first and his apparent discomfort with being interviewed by the FBI last. Justice delayed is justice denied.”

Meanwhile the judge in the case – Audrey Strauss – said she would welcome a comment from Andrew.

Even Andrew’s biographer, Nigel Cawthorne, has said if Andrew really wanted to cooperate he could have got on the plane to the US, or indeed just gone down to the American Embassy, where they have an FBI office.

Mr Myers said in an episode of the podcast in July that Ms Allred’s comments were ”very damaging”, adding that Ms Maxwell’s arrest piles further pressure onto Andrew and his team to communicate with the FBI.

He said: “One of the other prominent lawyers, Gloria Allred, who represents a number of the victims, has claimed this week that she has had British women that have come forward to claim they were abused by Jeffrey Epstein.

“She was also quite bullish in her remarks about Andew, saying that he is waiting for an invitation to speak to the FBI which ‘he wants to be delivered on a silver platter’.

“Now, these are very very damaging claims and allegations indeed.

“And I think, well, when Ghislaine Maxwell is now in the picture ‒ the authorities had not picked her up for the best part of a year, they actually admitted that they had had her under surveillance for quite some time and had lost her a couple of times over the last year, that’s why they swooped because this case is really really gathering pace at the moment…

Prince Andrew first met Epstein in 1999 and in their decade of friendship, he stayed in Epstein’s Manhattan house and flew on his private dubbed the ‘Lolita Express’ to Little Saint James Island, dubbed ‘Paedophile Island’.

Andrew has also been accused of having sex with Virginia Roberts Giuffre, who claims to be a sex trafficking victim of Epstein. 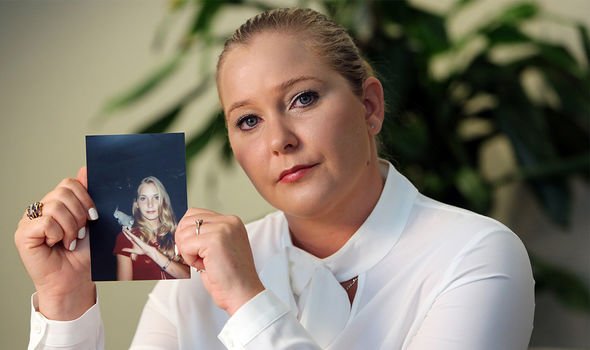 However, Prince Andrew has repeatedly denied this claim.

Buckingham Palace released the statement: “It is emphatically denied that the Duke of York had any form of sexual contact with Virginia Roberts.

Epstein was jailed for 13 months in 2008 after being convicted of procuring an underage girl for prostititon and soliciting a prostitute.

Upon his release in 2010, Andrew went to New York to visit Epstein, which he claims was to break off their friendship.

In November last year, Andrew recorded an interview with BBC Newsnight’s Emily Maitlis, widely viewed as a car crash interview, in which he discussed his friendship with Epstein and Ms Giuffre’s allegation against him.

Shortly after it aired, the prince stepped back from royal duties.