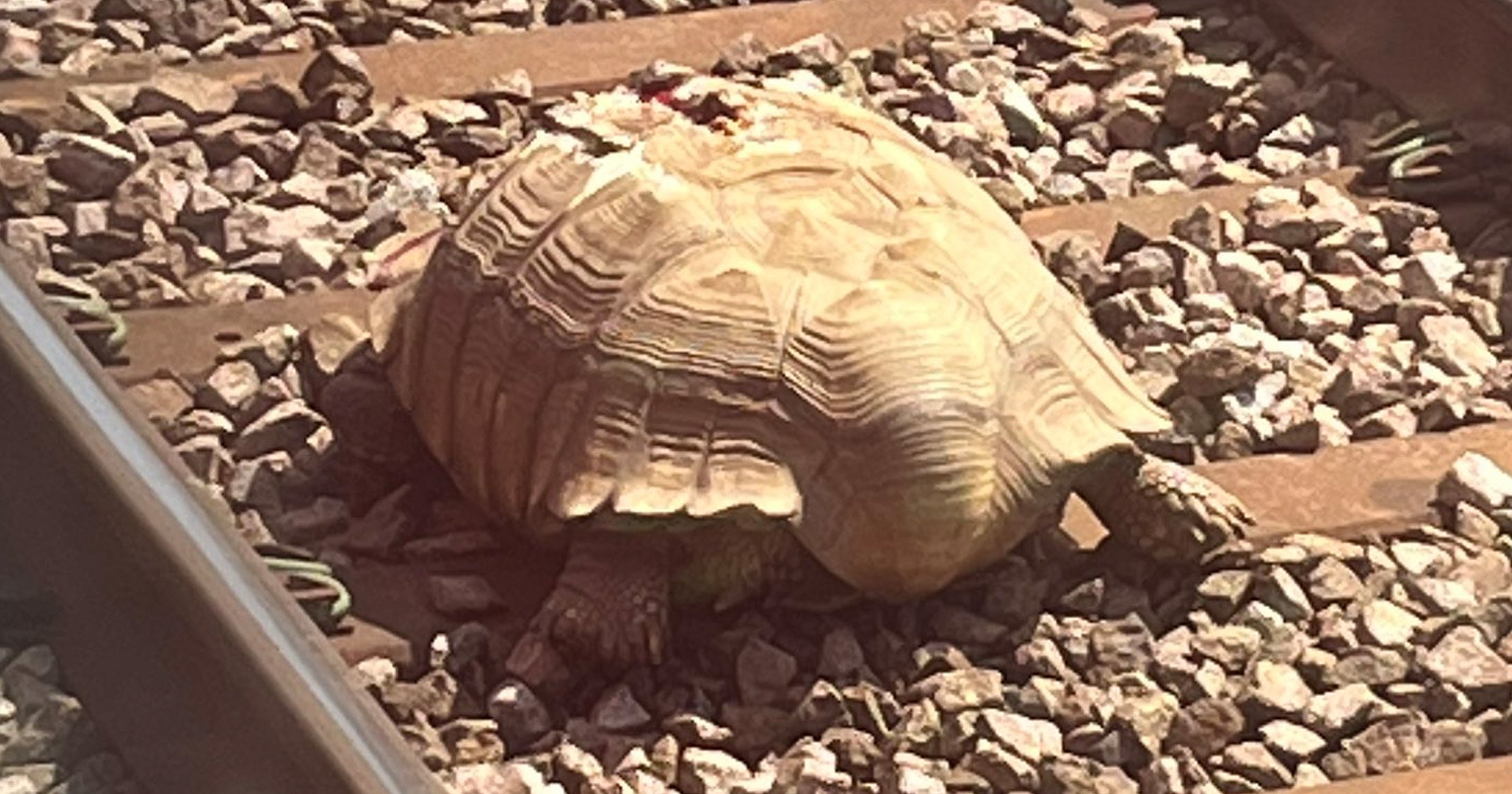 But even the hardiest of commuters is likely to have been taken aback when told that a giant tortoise was behind the hold up to their journey.

The slow-running and frequently-stopping animal caused delays of more than an hour between Norwich and Stansted Airport yesterday.

There was some concern about the creature’s health after it was reported to have been injured, but it is expected to make a full recovery.

It is unclear if a signalling failure led to the animal escaping from a local wildlife centre.

Pictures show the tortoise, who has not yet been named, on the tracks, seemingly with a gashed shell.

The incident is likely to have been met with bemusement from passengers already facing transport chaos and rolling rail strikes across the UK.