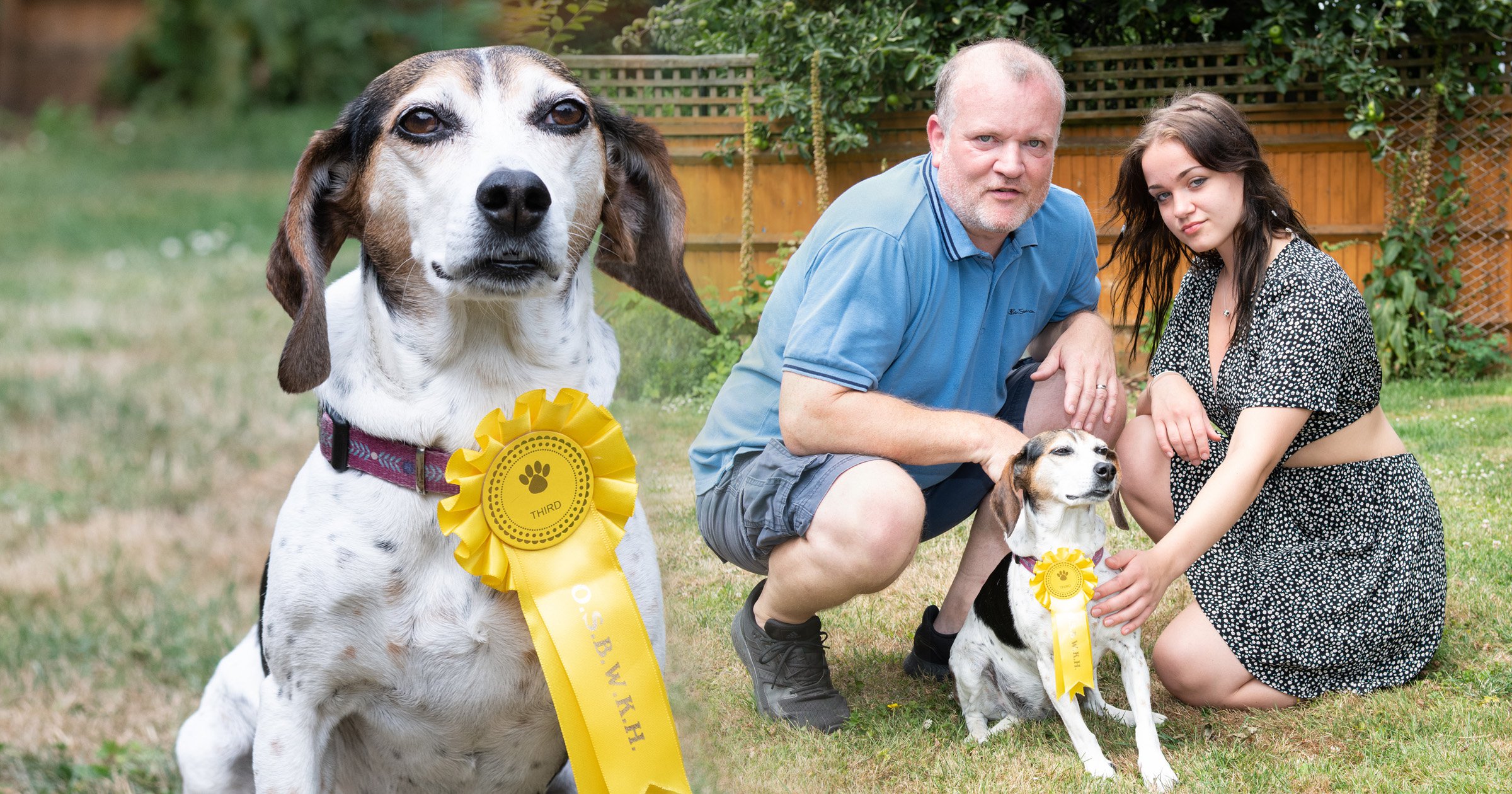 When a cat or a dog goes missing, we naturally assume something terrible could have happened.

Maybe they were kidnapped, or got trapped in a well, or eaten by a big bird of prey?

All those things are possible – but sometimes, the truth is far more fun.

For example, sometimes they’re off running a half marathon, or making friends on a train.

And now there’s another loveable tale (or tail?) of a dog who had a grand old time while her owners were worried sick.

Bonnie the beagle-cross vanished on Sunday morning from her home in Bolney, West Sussex, with her family immediately starting to search for her.

Peter and Paula Closier called the police, vets and dog warden and went out searching in person with their two daughters and neighbours helping out.

There was a happy ending, as hours later Bonnie was back home – with a big yellow rosette for her troubles awarding her third place in a rescue dog competition.

So how did that happen?

Luckily, dog lover John Wilmer spotted Bonnie, five, running along the road without a collar (as it had been taken off the night before), and realised something was wrong.

He was on his way to a dog show, but shared a post on Facebook asking if anyone knew the dog’s owners.

A relieved Paula, 48, spotted the post and could soon arrange to get Bonnie back.

But in the meantime, John still had his dog show to go to, and so he decided to jokingly enter Bonnie in the rescue dog category.

In fact, she qualified on two counts as she was rescued from the streets of Crete alongside the family’s other dog Cleo when she was just one year old.

Bonnie was given third place in the best rescue dog category of the dog show in Felbridge – her first ever prize.

Cleo has won three rosettes at dog shows for Greek dogs but the couple, who are both dental technicians, had never entered Bonnie into any competitions.

Their owner Peter, 52, said: ‘At around 11.45am on Sunday morning we did the dog feeding. Bonnie is normally there first but she was not there.

‘We thought maybe she is not interested in food and did a full search of the house. I could not see her.

‘I was walking back to the kitchen when I saw the gate had swung and I thought “oh no”.’

Reflecting on the moment Bonnie came back safely, he said: ‘We couldn’t believe it. You could not make it up.

‘Bonnie was absolutely fine when she got back. She just thought she was having a great day out.

‘She knows she shouldn’t have run out in the morning.

‘I heard other dogs were going by that morning and so I think she escaped trying to follow other dogs.’

Peter added that he may now enter Bonnie in more competitions, seeing as she seems to have a flair.

‘When she was missing I had five different outcomes in my head, the best being that she came back,’ he said.

‘This was even better than that – she came back with a rosette.’