Recordings of the final, desperate phone messages of some of the 39 men, woman and children were played to the court for the first time. In one, a man apologised to his ­family and said: “I can’t breathe. I want to come back to my family. Have a good life.” In the background, a voice could be heard pleading: “Come on everyone. Open up, open up.”

The victims ­perished in temperatures reaching 101F as they were smuggled from Zeebrugge in Belgium to Purfleet, Essex, in October 2019.

Their families revealed their grief and loss as those responsible for the tragedy prepared to be sentenced.

He said: “We were very shocked, trembled, we lost track and awareness of surroundings. My wife fainted when our son’s name was mentioned.

“We did not believe it was the truth until we saw his body.” Tran Hai Loc and his wife Nguyen Thi Van, both 35, left behind two ­children, aged six and four, and a ­family ­struggling to pay for the trip.

The children’s grandfather Tran Dinh Thanh said in his statement: “Every day, when they come home from school, they always look at the photos of their ­parents on the altar.”

The victims’ half-naked bodies were found in the lorry in Grays after the cross-channel ferry docked in Purfleet, a short ­distance away. Mr Justice Sweeney heard their final moments as he ­prepared to sentence eight men for their role in the smuggling operation.

They include ringleader Ronan Hughes, chief fixer Gheorghe Nica and lorry ­drivers Maurice Robinson and Eamonn Harrison. Hughes is said to have made up to £1million per month shipping human cargo from France and Belgium to England.

He closed his eyes as the victims’ dying gasps were heard, while his ­fellow defendants hung their heads, including Robinson who delayed alerting emergency services when he made the grim discovery.

Hughes told him via Snapchat to “give them air quick, don’t let them out” to which Robinson responded with a thumbs-up emoji. On finding the bodies, Robinson rang Hughes who told him to “open the doors, give them air.” Robinson replied: “I can’t, they’re f****** dead.” 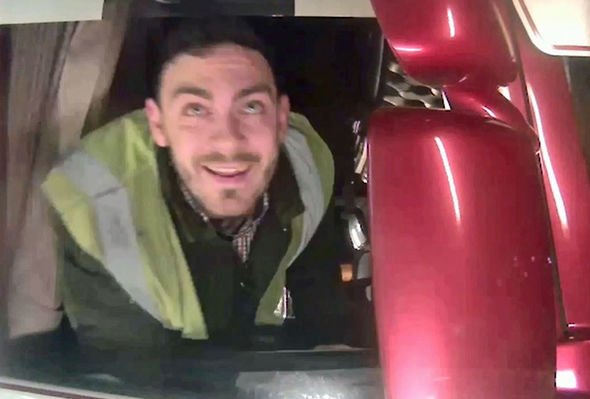 Police said the traffickers ­carried out seven smuggling trips between May 2018 and October 2019. But there were others, the court was told.

Migrants would board lorries at a remote location on the continent to be transported to Britain. They would be transferred by smaller ­vehicles to a safe house until ­payment – between £10,000 and £13,000-a-head – was received. Lorry drivers would be paid around £1,500 per migrant.

Nica, 43, of Basildon, Essex, and Harrison, 24, of Co Down, Northern Ireland, were found guilty of ­manslaughter and conspiracy to assist illegal immigration last month. The sentencing hearing continues.