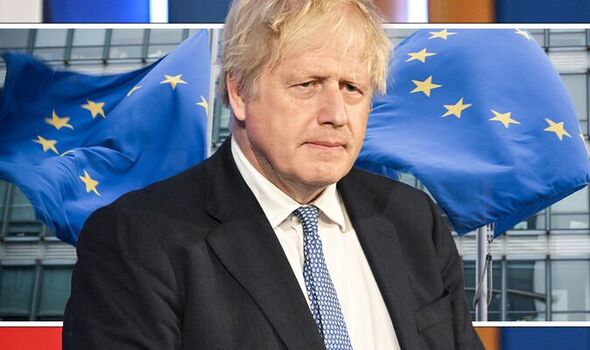 The Chair of the European Parliament’s delegation to the EU-UK Parliamentary Partnership Assembly, Nathalie Loiseau, in reponse to the Government’s Northern Ireland Bill, said on Monday: “The EU will remain calm, we will remain united. There will be no renegotiation of the Protocol. Respected Government’s don’t break international law. As responsible politicians we must find solutions when there are problems, not invent problems when there are solutions.”

Prime Minister Boris Johnson insisted a Government plan to effectively override parts of the Brexit deal with Brussels was “not a big deal”.

His comments came as he was warned the move would “deeply damage” relations with the European Union and Republic of Ireland.

The Bill to amend the Northern Ireland Protocol unilaterally is being introduced in Parliament today (June 13) amid controversy over whether the legislation will break international law.

But Mr Johnson insisted the legislation would introduce relatively simple, bureaucratic changes, warning it would be a gross overreaction if Brussels sought to retaliate by triggering a trade war.

The EU is keeping its options open on how to respond to any move by the Government to rip up parts of the agreement, which was signed by Mr Johnson on Northern Ireland’s post-Brexit trading arrangements.

Irish premier Micheal Martin said it is regrettable the UK is to renege on an international treaty.

Mr Martin, speaking in Co Cork on Monday, said the way to resolve the impasse is through substantive negotiations.

He said: “It’s very regrettable for a country like the UK to renege on an international treaty.

“I think it represents a new low point because the natural expectation of democratic countries like ourselves, the UK and all across Europe is that we honour international agreements that we enter into.”

Chipping Barnet MP Theresa Villiers, a former Northern Ireland secretary, told BBC Radio 4’s World at One that Foreign Secretary Liz Truss is looking to do with the protocol is to make reasonable amendments which are “crucial” to saving the political institutions established under the Good Friday Agreement.

She said: “The protocol as it stands is causing significant, political instability and that just has to be dealt with”