With the fifth anniversary of the historic Brexit vote approaching, nearly six out of 10 people (57 percent) would support the UK offering such a partnership to states that want to break free from Brussels. A mere six percent of those polled by Redfield and Wilton Strategies opposed the offer of a free trade partnership. The findings were welcomed by the Poland-born Conservative MP for Shrewsbury and Atcham, Daniel Kawczynski.

He said: “As always, the people are ahead of the politicians.”

Mr Kawczynski expects that people will become “increasingly dissatisfied with the ineptitude of the European Union”, and stressed the frustration in eastern Europe that Germany is pressing ahead with the Nord Stream II project which will import gas directly from Russia, bypassing Ukraine.

He said: “These countries in central and eastern European, as their economies start to develop and expand, and as they gain more confidence in their sovereignty after emerging from 50 years of Communism, then they will start to resent this increasing interference in their domestic affairs, and that’s the opportunity for the United Kingdom. One thing Britain has never sought to do is to try to coerce these countries into a political union with us. 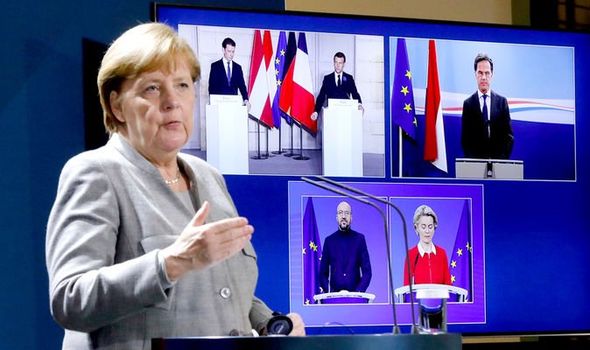 “We think we are mature enough now in the postwar era where we can cooperate one another without forcing each other into an artificial political and currency union.”

Former Ukip and Brexit Party leader Nigel Farage also expects a new relationship with the UK would appeal to EU states that have not yet been pulled into the eurozone.

He said: “Countries that are outside the euro would be the first to take up our generous offer. We were never against Europe, just the EU.”

David Campbell Bannerman, a former Ukip and Conservative MEP, said: “If we can do so many trade deals around the world in a year, then there is nothing to stop the UK doing a quick trade deal with a departing EU member. I have always thought it is not our job to break up the EU; but if individual nations choose themselves to leave, we should do everything we can to assist them through trade help.”

However, Jonathan Eyal, international director of the Royal United Services Institute, doubts that former Communist states will rush for the exit door.

He admitted there is an “enormous amount of resentment about what Brussels is doing,” but said: “The fear for them will be that they will be left alone, hanging in the air, facing Russia on their own without having their place in European institutions.”

Instead of focussing on eastern European euroscepticism, Dr Eyal points to the hardening anti-EU stance of Germany’s largest opposition party, Alternative for Germany.

The hard right party is opposed to the EU becoming a “United States of Europe” and says that if the union cannot be reformed Germany should quit or it should be dissolved; it further demands an “orderly end to the euro experiment”.

Dr Eyal also highlighted the euroscepticism in the Netherlands, Italy and France. 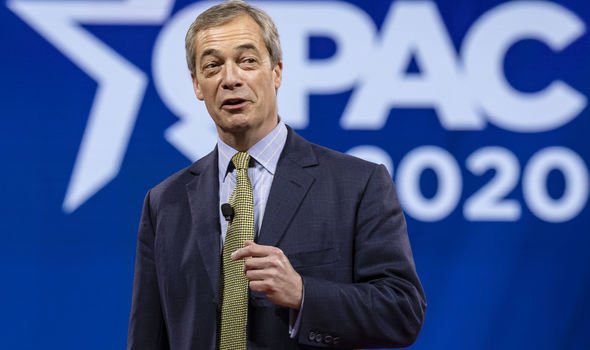 John Longworth, a champion of Brexit who now chairs the Foundation for Independence, could see the potential for deals with countries that are today in the EU.

He said: “It would be interesting if, in addition to us seeking trade deals around the world, we were to offer favourable trade relations going beyond those with the EU but without the political baggage to any current member of the EU that chooses to leave the block. The UK has excellent trade relations with Switzerland, a European country which has chosen not to become ensnared by Brussels.”

2,000 people were surveyed online on April 7. To what extent, it at all, do you agree or disagree with the following statement: The UK should offer a free trade partnership to other countries that want to leave the EU?

A total of 57 percent agreed, while just six percent rejected the idea.