BRUSSELS (Reuters) – European Union leaders will offer on Thursday to delay Brexit until May 22 at the latest — but only if Prime Minister Theresa May can turn around massive parliamentary opposition and win MPs’ backing next week for her withdrawal plan.

Fail, and leaders expect to have to meet her again to decide whether to give her a much longer extension — or pull the plug and let Britain lurch out of the Union without a legal safety net at midnight next Friday, 11 p.m. London time on March 29.

“The European Union commits to agreeing, before March 29 2019, to an extension until May 22, provided the Withdrawal Agreement is approved by the House of Commons next week,” read a draft agreement seen by Reuters as EU leaders met in Brussels.

It explained that, while May had sought a June 30 deadline to give time to tie up legislation on withdrawal, Britain’s refusal to take part in elections to the EU parliament from May 23 to 26 meant that the country must be out of the bloc before.

But the draft, which leaders were debating after May had left the summit room, made no mention of what will happen if she fails to win over parliament at the third attempt — beyond saying states should be ready for “all possible outcomes”.

That is code for the choice they may well face as the clock runs down next week between swallowing another year or two of uncertainty over the fate of Europe’s second-ranked economy, or putting an end to the debacle and triggering a major upheaval in trade and foreign relations that would damage the continent.

May spoke with the other 27 national leaders for over an hour at the start of the Brussels talks — longer than most of her previous presentations on Brexit as Europe and financial markets brace for a dramatic week of 11th-hour negotiations.

DEAL OR NO DEAL?

It was unclear if leaders would endorse the draft communique. Some have sounded more relaxed about letting Britain stay beyond the EU elections, at least until the end of June, before the new EU legislature convenes on July 2.

While none relish the prospect of a no-deal Brexit that would plunge businesses and millions of citizens into legal limbo, leaders have all but ruled out letting the current process drag on for weeks or months if May’s deal fails.

Instead, they have set up a binary choice between persuading London to go back to the drawing board for a year or two and remaining as a hamstrung member state or quitting immediately.

French President Emmanuel Macron has shouldered the mantle of hardliner, warning that patience has worn thin with a country which has often frustrated Paris’s hopes for deeper European integration. “We must be clear, to ourselves, our British friends and our people,” Macron said on arrival in Brussels.

“In the event of another no vote in Britain, we will be heading towards a no deal. Everyone knows it.”

German Chancellor Angela Merkel, always a strong voice of caution at the heart of EU policy vowed to “work to the last minute” to avoid a disorderly withdrawal.

Diplomats said some of the harder line brinkmanship from the continent should be seen partly as intended to pressure British members of parliament to back May’s deal or face chaos. “But there is a real risk of an accidental hard Brexit,” one warned.

May has said delaying Brexit beyond June would be a failure to deliver on the Brexit referendum of three years ago. So any choice to go for a long delay might be accompanied by her stepping down and paving the way for a major political shake-up. 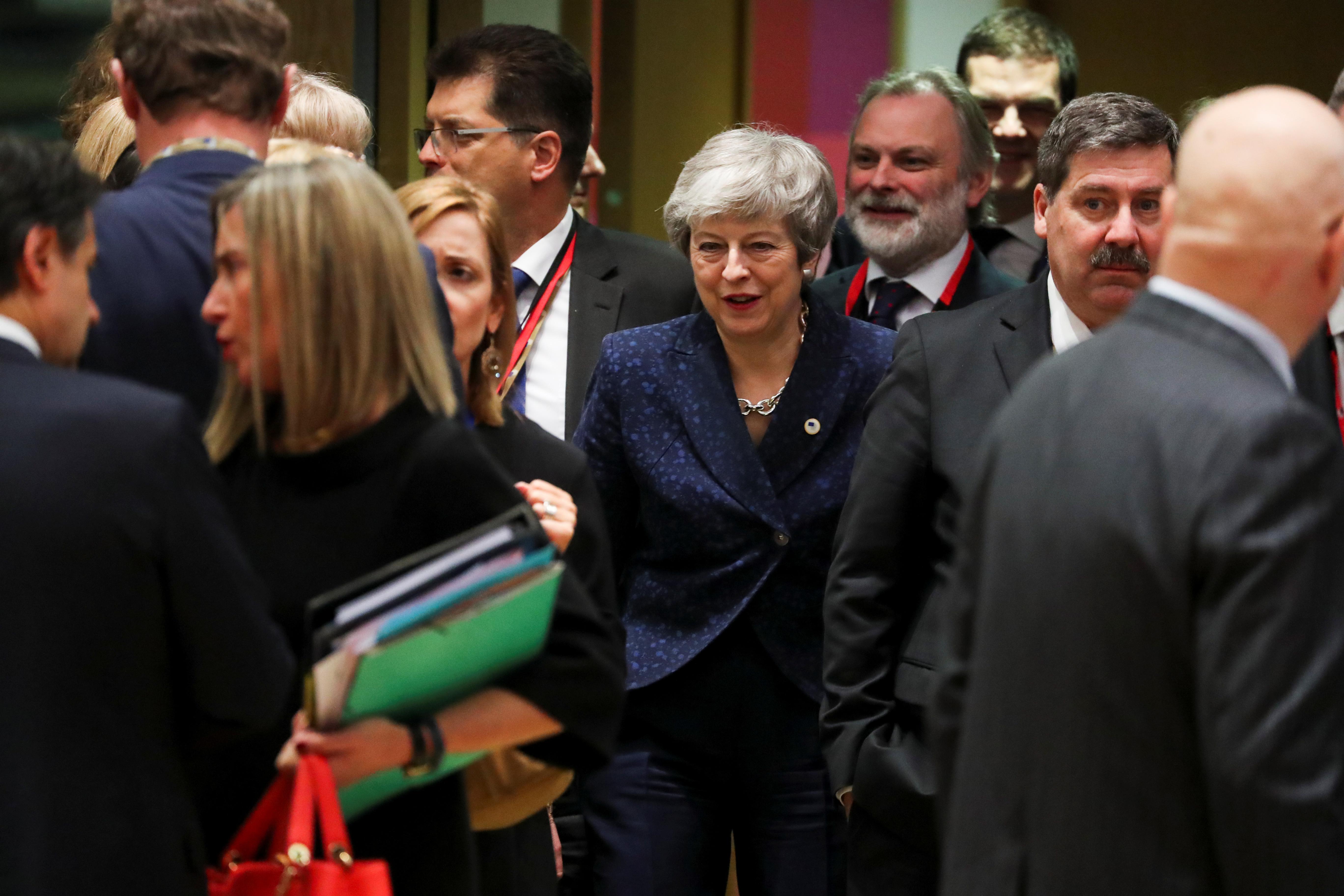 An address to the nation in which she blamed parliament for a failure to get to Brexit appeared to irritate the very MPs she needs to win over to secure a deal next week.

May said she was still working on support for her deal, which envisages close economic ties with the EU after Brexit.

“I am still working on ensuring that parliament can agree a deal so that we can leave in an orderly way,” she told reporters, referring to talks ministers are having with pro-Brexit members of her Conservative Party and MPs in the Northern Irish party, the DUP, which props up her government.

“A short extension would give parliament the time to make a final choice that delivers on the result of the referendum.”

May’s chances hang in the balance, with positions hardening after a chaotic week when the parliament’s speaker questioned whether she could even bring her deal to a third vote.

The DUP, which gives May’s government a majority in parliament, said it was no closer to backing her agreement, the party’s Brexit spokesman said on Thursday, while eurosceptics also say they could never approve something they say would trap Britain in the EU’s orbit indefinitely.

In a challenge to May, opposition Labour leader Jeremy Corbyn was also in Brussels, speaking to EU officials about his alternative plan for Brexit, which he says could be negotiated during an extension and pass through parliament.

Irish Prime Minister Leo Varadkar summed up the situation in London, with no little understatement, as “somewhat chaotic”. 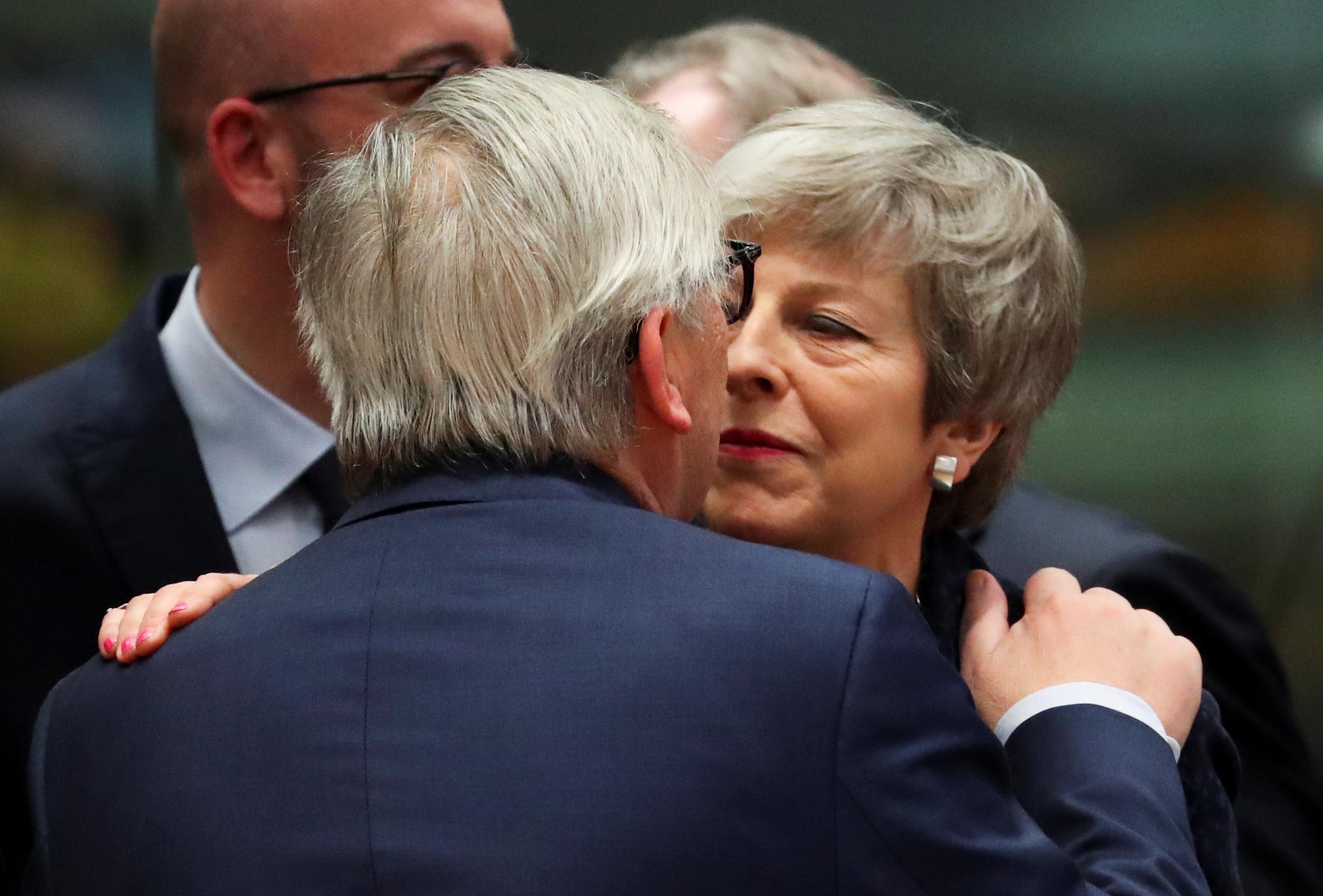 “We need to cut the entire British establishment a little bit of slack on this and support their request … for a short extension,” he told reporters.

As Brexit is sapping EU resources, the leaders will also turn to other pressing issues on Thursday and Friday, including the state of their economies, ties with China, climate change and ringfencing the European elections from illegitimate interference.