Switzerland has walked away from seven-year long talks with the EU for a framework agreement, marking a huge divide between Bern and Brussels. The two sides had been in talks over a new framework that would replace the patchwork of treaties that govern Swiss access to European markets. On Wednesday, Swiss foreign minister Ignazio Cassis pulled the plug on talks as the country’s government rejected the jurisdiction of the European Court of Justice and a free movement directive that would offer permanent residence to EU citizens, with access to social security services.

The European Commission has responded with shock, warning Switzerland it risks losing its “privileged access” to European markets.

Brussels has adopted a tough stance in the talks for years, and an expert believes this was partly to send a message to the UK amid Brexit disputes.

In 2018, when Switzerland’s lengthy negotiations coincided with Brexit withdrawal talks, Charlotte de Montpellier told DW that Brussels was using its negotiations with Bern to send a message to the UK.

The economist with ING Belgium said: “The problem is that the EU is putting pressure on Switzerland because it does not want Switzerland to be considered as an example by Brexiteers.” 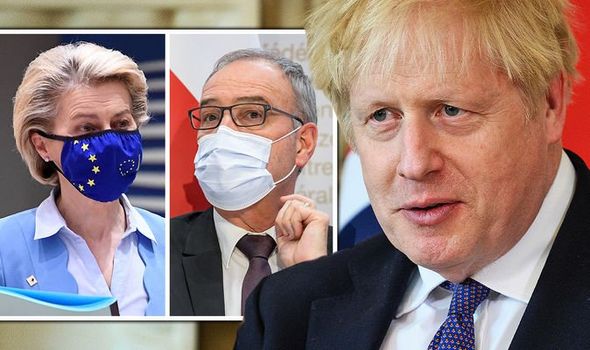 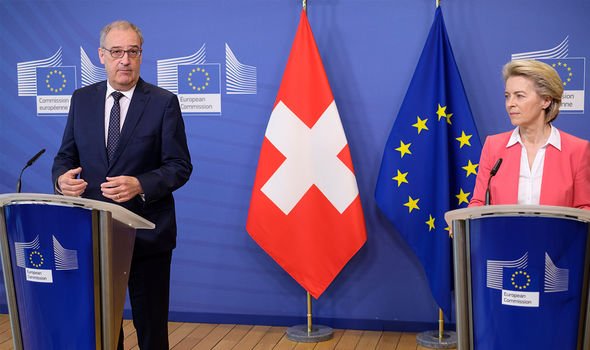 She also predicted the eventual breakdown in relations between Switzerland and the EU.

Ms de Montpellier said: “The problem is that the European Union is Switzerland’s largest trading partner for trade in goods and services.

“There is not much potential for negotiations to ever come to a conclusion after such a threat is implemented.

“I believe we could then witness a continuing deterioration of relations between Switzerland and the EU.

“This loss of equivalence could therefore have a significant impact on the Switzerland economy, which goes far beyond the financial markets.” 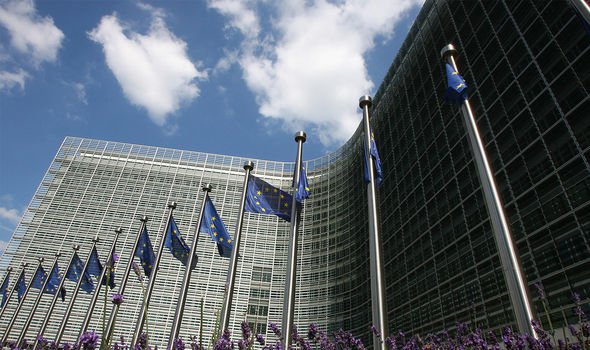 She was discussing the EU’s refusal to grant Switzerland full equivalence, cutting the country out of parts of European markets.

The UK is now in a similar predicament, with the City of London also being denied.

City of London Corporation managing director, Nick Collier, warned earlier this month that it is now too late to get a financial services deal.

He added that it could take 10 years to repair relations after France demanded a “fish for finance” deal in the Brexit dispute. 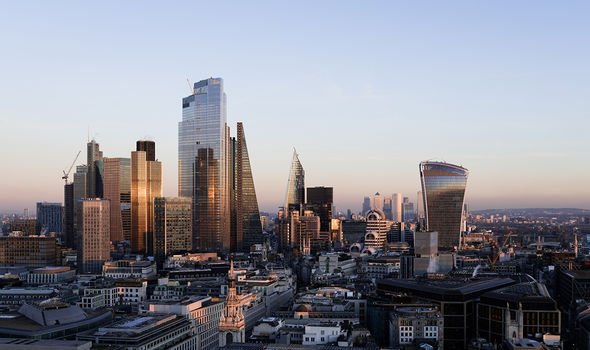 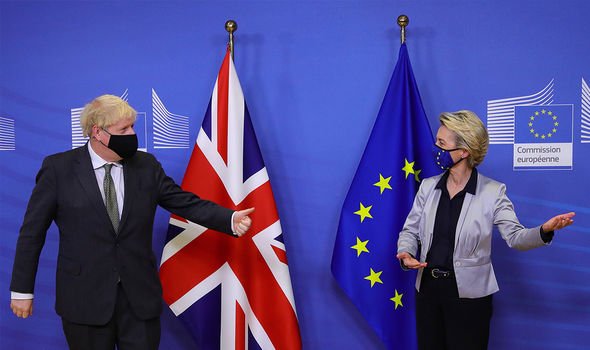 Jos Dijsselhof, CEO of SIX Group, which runs the SIX Swiss Stock Exchange, previously warned that the treatment of Switzerland by the EU could serve as a warning for the UK post-Brexit.

He argued that the EU’s tactics indicated that Brussels was getting tougher with third party countries outside of the bloc.

Mr Dijsselhof told CNBC: “Switzerland is technically equivalent, the EU has just used this as a political means to hold the Swiss hostage to talk about the overall framework agreement.

“You do see that the stance of the EU against third party countries is hardening more and more, and we in Switzerland have seen that, and you see that also in the EU-UK discussion, so it is an example of how hard it can be.”