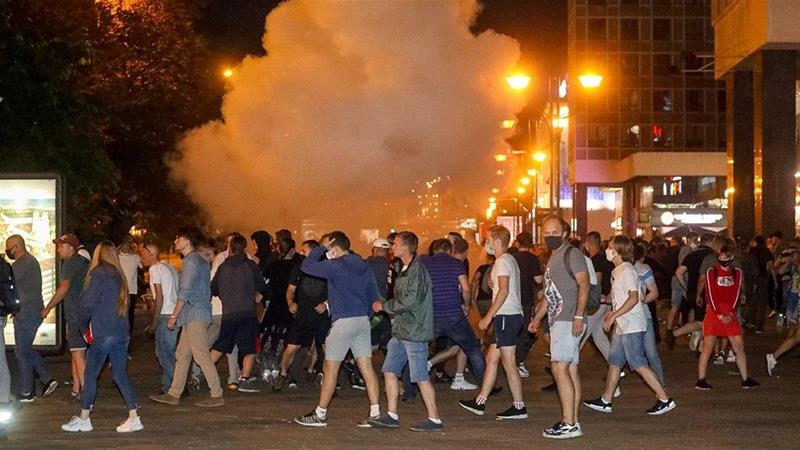 The European Union is preparing sanctions against officials in Belarus who are responsible for a deadly post-election crackdown on protesters, EU foreign affairs chief Josep Borrell has said.

The green light was given by the 27 EU foreign ministers during a video conference in Brussels on Friday, while protests across Belarus over the controversial August 9 election continued for a sixth day.

“EU will now initiate a process of sanctions against those responsible for the violence, arrests and fraud in connection with the election,” Sweden’s Foreign Minister Ann Linde said after the emergency talks.

The individuals to be sanctioned include those responsible for police violence and election fraud.

President Alexander Lukashenko, 65, claimed a landslide victory for a sixth term but now faces the biggest challenge to his 26-year rule.

His 37-year-old rival Svetlana Tikhanovskaya, currently in exile in neighbouring Lithuania, has called for intensified protests over the weekend and a recount of the votes.

At least two protesters died and about 6,700 were arrested this week. Angry protesters, some of whom accused the police of torture while in custody, have claimed the ballot had been rigged.

Ahead of the EU meeting, there were calls for action from several bloc members, especially Belarus’s neighbours, Poland and Lithuania.

Poland, Latvia and Lithuania say they are ready to act as mediators to try to resolve the post-election crisis, after the poll that Brussels has already said was “neither free nor fair”.

The EU first imposed sanctions on Belarus in 2004. It tightened them in 2011 over abuses of human rights and democratic standards, including vote-rigging.

Many were lifted after Lukashenko released political prisoners in 2016. But an arms embargo remains, as do sanctions on four people over the unresolved disappearances of two opposition activists, a journalist and a businessman, years ago.

However, citizens took to the streets again in the capital, Minsk, and other cities on Friday, with Tikhanovskaya calling for mass weekend rallies to denounce the long-standing leader’s disputed claim of re-election.

“We have to stop the violence on the streets of Belarusian cities. I call on the authorities to put a stop to this and come to the negotiating table,” Tikhanovskaya said in a video address.

“I ask the mayors of all cities to organise peaceful mass assemblies in every city on August 15 and 16.”

Workers from several factories went on strike on Friday, prompting Lukashenko to denounce the participants, and said only “saving the factories will feed their families”.

“The crowds are swelling here by the minute at the Independence Square in Minsk,” Al Jazeera’s Step Vaessen said, reporting from the capital.

She said workers from a tractor factory in the city’s outskirts left work and marched towards the city centre, leading to tensions as the military police arrived.

“People were really scared,” she said. “But then, surprisingly, these soldiers put down their shields which led to very emotional scenes with women hugging them and people really crying.” 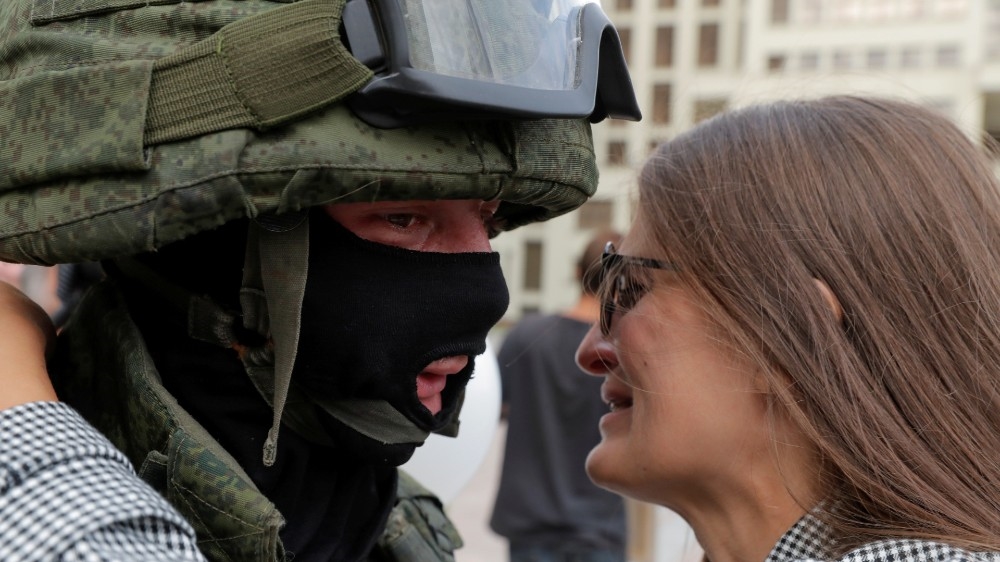