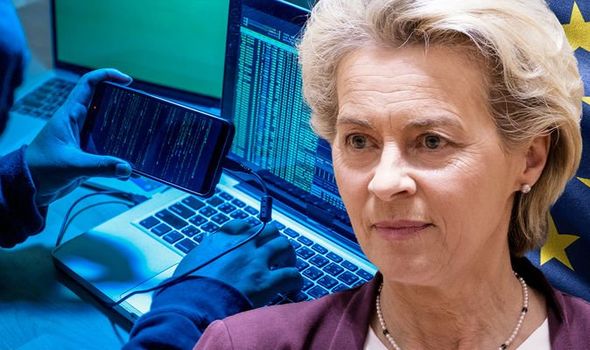 New legislation being considered by the European Parliament would allow EU authorities to view private and encrypted chats will likely have an impact on UK residents, despite the UK leaving the EU at the start of the year. The EU Commission wants to oblige all providers – such as WhatsApp, Skype and Signal – to scan private chats, under the guise of countering child abuse online.

If an image sent privately pings an automated system as being suspect, the chat provider will send it to investigators.

Even though the new proposals are only intended to affect individuals living in the EU, as many chat services are worldwide, the “obligation” placed on service providers may extend to “all users”, Patrick Breyer, a Pirate Party MEP and privacy campaigner, told the Express.

“So this would very likely impact UK citizens,” he said.

“The obligation may apply to all users since oftentimes it‘s not possible for a service to determine the location of the user.

“The current voluntary chat control technologies are also used globally on all users.”

He added that one of the “greatest risks” to the new proposals was “the end of digital secrecy of correspondence, making digital communications untrustworthy.”

Mr Breyer has previously said that “to snoop on personal communications without specific suspicion is not possible”.

In the UK, the Investigatory Powers Act 2016 – also known as the Snoopers’ Charter – allows investigators access to online data, and issue general “bulk” warrants for data.

In April 2018, human rights group Liberty won a case in the High Court, which found that it was unlawful to order private companies to story individuals’ data.

The court ordered the Government to amend the law.

However the new laws being considered by the EU would mean that European investigators may have their own means of access to UK citizens’ messages.

In July, the EU Parliament voted on the “use of technology to process data in order to combat the sexual abuse of children on the internet”.

However, the current regulations are only intended to be temporary, and further, permanent laws are being brought forward.

These new laws would require companies that offer encrypted messaging to screen chats on the EU’s behalf.

In draft proposals published in February, the EU claimed that the plans were consistent with privacy law, and that the bloc had to keep up with modern communication methods.

Mr Breyer said following the July vote that the move was “ineffective, illegal and irresponsible.”

Marcel Kolaja, Czech Pirate Party MEP and Vice-President of the European Parliament, commented: “Post officers also do not open your private letters to see if you’re sending anything objectionable. The same rule should apply online.”

MEPs said at the time that the pressure they were under to approve the measures was tantamount to “moral blackmail”.

Sophie in ‘t Veld, a Dutch MEP, told Politico: “Whenever we asked critical questions about the legislative proposals, immediately the suggestion was created that I wasn’t sufficiently committed to fighting child sexual abuse.”