Major Italian agricultural body the Confagricoltura claims that additional checks aimed at stopping Xylella spreading to the UK leave Italian lavender and rosemary producers at risk. It called on the EU to intervene and said: “London’s new restrictions are not in line with Brexit agreements made.”

Its complaints relate to what it calls the UK’s “very restrictive” anti-Xylella regulations.

These were announced by the government in February and are aimed at stopping Xylella – a bacteria which causes disease in a wide range of plants and trees – from spreading to the UK.

Xylella is rampant across Europe, including in Italy, but is so far not known in the UK.

At the time, the Government said it aimed to improve “our plant biosecurity in response to known threats, protecting businesses, society and the environment”. 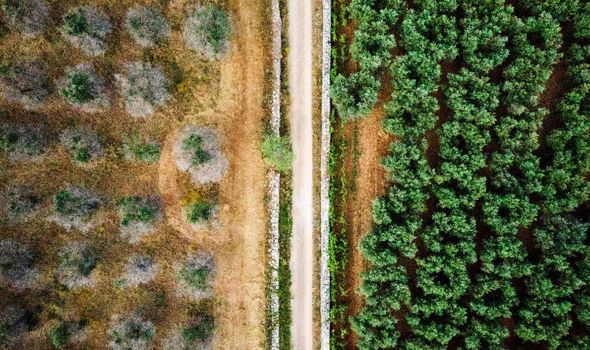 The restrictions, introduced this month, meant countries where the bacteria was known to exist would face “more stringent requirements”.

But instead of trying to eradicate the disease, Italian growers have opted to complain to the EU that the UK is not honouring its end of the Brexit bargain.

Luca De Michelis, Ligurian president of Confagricoltura, said: “London has subjected strict protocols to the export of particular plants from countries where Xylella is known.

“Italy is obviously struck with its exports, among others, of rosemary and lavender. 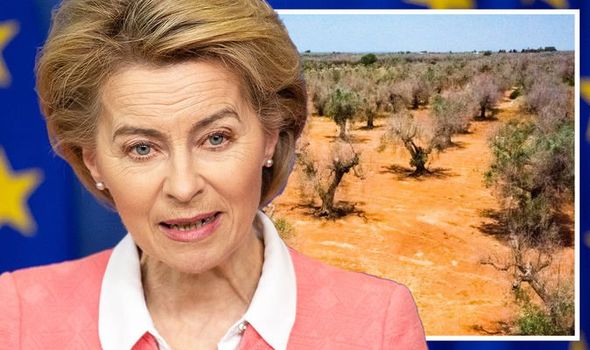 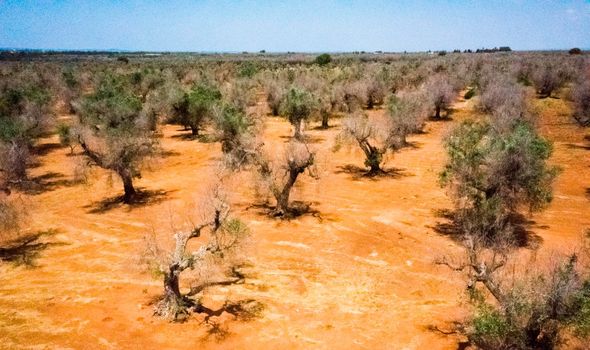 “Its producers, in particular from Liguria, are in danger, given the considerable flow across the Channel and the potential developments that would be compromised.

“The United Kingdom is in fact the fifth outlet market of the sector, with almost five percent of exports in value.”

Italy’s Ministries of Agricultural Policies and Foreign Affairs agreed with the concerns and has sent a dossier to the EU Commission.

It said: “There is great disappointment of the adoption of the aforementioned measures, as they are not justified on a technical-scientific level, nor in line with the agreements made.”

DON’T MISS:
GMB viewers ‘switch off’ as Piers Morgan replaced by Ranvir Singh [INSIGHT]
EU: Rutte demanded ‘there must be a way to leave eurozone’ [ANALYSIS]
Norway’s brutal EU snub: ‘We will not give them a single crab!’ [REACTION] 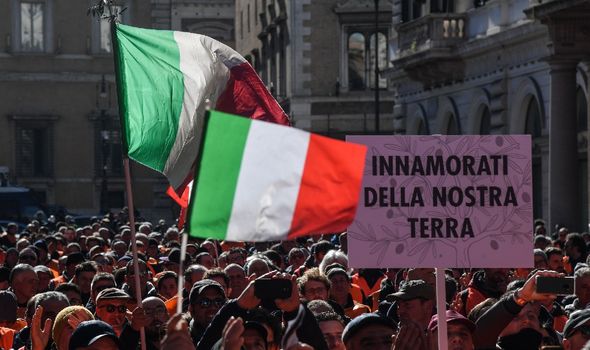 It claimed that the controls were “adopted unilaterally” and with no regard to the “scientific facts”.

They also claimed there was not “a sufficient period of adaptation for companies to the new requirements”.

It added: “These are burdensome controls from a procedural point of view and in fact impracticable which bring an unacceptable and unjustified competitive disadvantage to the detriment of our operators.”

Announcing the changes last month, biosecurity minister Lord Gardiner of Kimble said: “These measures will enhance the level of protection against this devastating disease and are necessary to protect our country.” 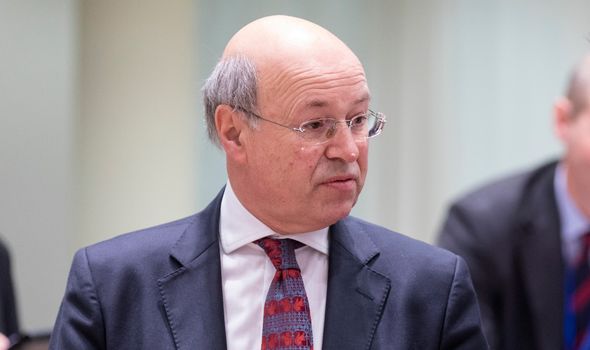 Chief Plant Health Officer Nicola Spence said: “Xylella is not currently in Great Britain and it is essential that all of us with an interest in a healthy, thriving plant and horticulture industry do all we can to keep it that way and protect our environment and businesses.

“To keep our country protected, it is vital that all plant importers and traders welcome these new measures and continue to make careful decisions on sourcing plants, particularly those from countries where Xylella is present.”