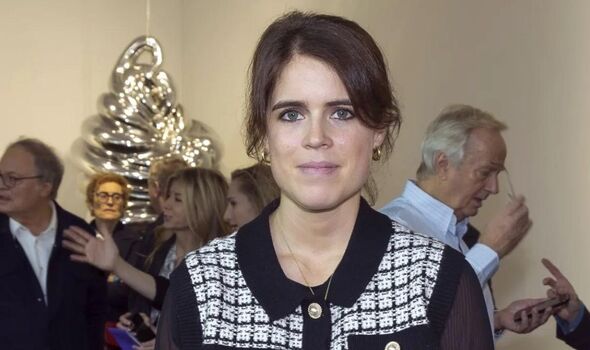 Princess Eugenie has refused to take sides in the dramatic rift between Prince Harry and Prince William which rumbles on. A source close to the Firm explained how she’s managed to stay neutral among the warring brothers.

The insider explained: “Eugenie’s still very close to William and Kate, she hasn’t taken sides or any nonsense like that.

“She loves them both and she’s known for being diplomatic, so it’s no surprise she’s been able to keep a foot in both camps.”

They also went on to note that no matter the decision, events will “take some work”.

And they added: “Now, the hope is that with time she’ll be able to help heal the rift between the brothers. Certainly, no one is expecting her to make it happen overnight but if anyone can do it, she can.”

It comes as friends of Prince William have spoken about the rift between the brothers following the release of Prince Harry’s controversial Netflix six-episode docuseries.

Speaking to The Times, the friends said William had no plans to speak with his brother for the time being, as the rift between the pair looks set to worsen in the wake of the tell-all series.

One friend said: “Things have been very strained for a while.”

The friend added: “There is sadness at where things currently are with his brother and there’s a memoir coming.”

Another close friend of Prince William said: “The whole thing is mad.”

This echoes sources close to William and Kate, who told The Daily Beast last week the brother’s relationship “is over”.

Shortly before the Netflix release, the source who also used to be close to Prince Harry, said: “The relationship between the brothers is over and it doesn’t make a great deal of difference what is in the films released this week.

“The general feeling is that it won’t be anything they haven’t said before.”

Speaking to the Daily Beast, the source added that William feels more sad than angry at the state of his relationship with his brother.

The source said: “William will never forgive Harry for selling out his and Kate’s secrets. Harry knows, more than anyone, how much their privacy means to William and Kate because he felt the same.

“It was one of the things that drew them together.”

“It’s just sickening to [William] that Harry, who knows exactly how distressing it will be to him, is now selling them out to the media.

This comes amid concern within the Palace that the forthcoming memoir from Harry could be even more damaging than the Netflix series.

The Sunday Times reported that Harry’s autobiography, titled Spare, includes claims about the monarchy which are “more incendiary than those made in the Netflix series”.

The book is said to hit the shelves on January 10.