A man praised as a “true hero” for giving up the chance to see England beat Denmark at Wembley so he could donate stem cells to help save a life now looks set to go to the final.

Sam Astley, 24, had tickets for last night’s Euro 2020 match after his girlfriend won them in a competition earlier this week.

But he turned down the opportunity to go to the stadium as he went into hospital earlier on Wednesday to prepare for today’s procedure to have bone marrow removed.

And he ended up watching the crunch game from his hospital bed on his own in London. 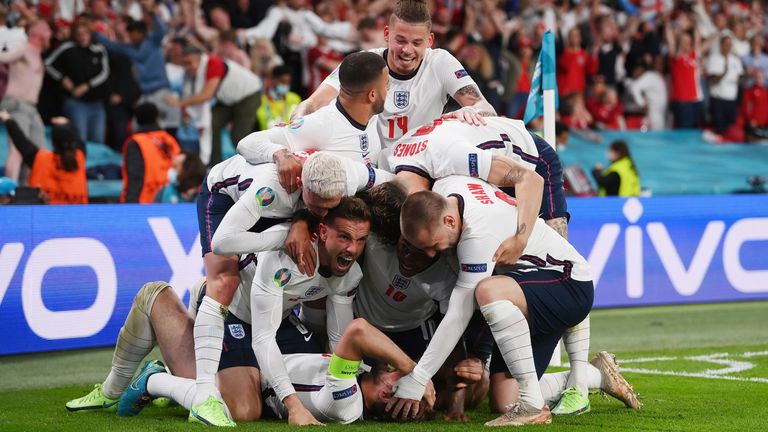 His selfless act has led to people on social media, including ex-footballer and Match of the Day host Gary Lineker, saying he should be given tickets for Sunday’s final between England and Italy – and one of the tournament’s official sponsors has now offered to help get him to Wembley.

Speaking to Sky News after the procedure, Mr Astley, from Sedgley in the West Midlands, said it went well but he had a sore back and was “feeling quite tired”.

He also said he had “lots of adrenaline” after being “overwhelmed” by the coverage of his story which “numbed some of the pain”.

He added that it was not a tough decision to miss the semi-final as “no football game is more important than saving someone’s life”.

Mr Astley said it was “crazy” that people, including Lineker, were showing their backing for him.

He earlier tweeted to express his thanks for all their support.

He wrote: “Thanks for the recognition @GaryLineker & thanks for all the wonderful messages off everyone! I’m glad @AnthonyNolan are getting more exposure so hopefully more people sign up to their register & give others a chance at life. The procedure went well and I’m now recovering.”

He added: “I hope more lives are saved from others signing up to @AnthonyNolan after seeing these posts!”

Mobile phone company and Euro 2020 sponsor Vivo Europe has said it will help him get tickets for the final.

The company tweeted: “We saw this and would like to help Sam go to the final on Sunday. Sam deserves to be at the game and we want to make it happen!”

Mr Astley joked he was hoping to “drag” himself to the final, as it was a “once in a lifetime opportunity” and there was “no way” he would pass it up. He is a football fan but has never been to Wembley before.

He predicts it will be a tough game but he thinks England will win.

Mr Astley discovered a few weeks ago that he had been found to be a match after he signed up to the Anthony Nolan stem cell register at a football tournament, organised by family friend Simon Wilkes who suffers from blood cancer.

The procedure he had involved the removal of bone marrow containing stem cells from his hip bones. 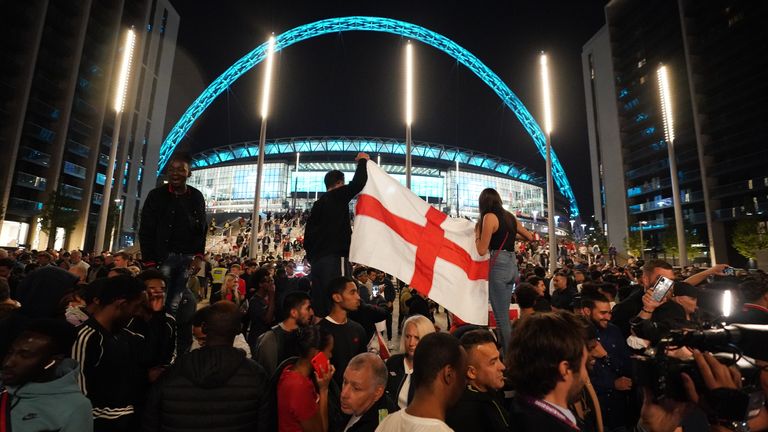 Mr Astley’s partner Beth Hill, who has been working as a critical care nurse in Birmingham, could not go to Wembley either after she was forced her to isolate, having come into contact with a colleague who tested positive for COVID.

Their tickets for the game were instead given to Ms Hill’s brothers.

She said: “Sam has shown us all what a true hero he really is, by putting his own once in a lifetime opportunity to see England play at Wembley aside, to give someone with blood cancer or a blood disorder their best chance at survival.

“It has been amazing to see so many people on social media, including Gary Lineker, try to secure Sam tickets to the final and raise awareness of Anthony Nolan at the same time.

“We are delighted that Vivo Europe have now offered him tickets to Wembley. We hope he has an amazing time, he truly deserves it.

“Anyone aged 16-30 and in good health can potentially save a life, just like Sam has done, by joining the Anthony Nolan register. Please visit www.anthonynolan.org and we’ll send you a cheek swab in the post.”